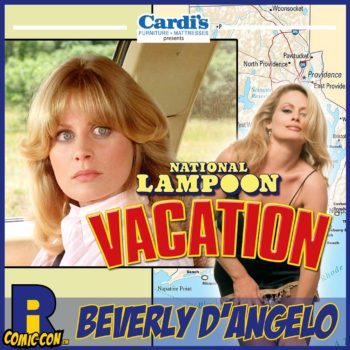 Beverly starred as Ellen Griswold in the National Lampoon’s Vacation films. She has appeared in over 60 films and was nominated for a Golden Globes Award for her role as Patsy Cline in Coal Miner’s Daughter, and an Emmy Award for her role as Stella Kowalski in the TV film A Streetcar Named Desire. Her other film roles include Sheila Franklin in Hair and Doris Vinyard in American History X.

Arnold Schwarzenegger Will Be Back at SVCC 2019