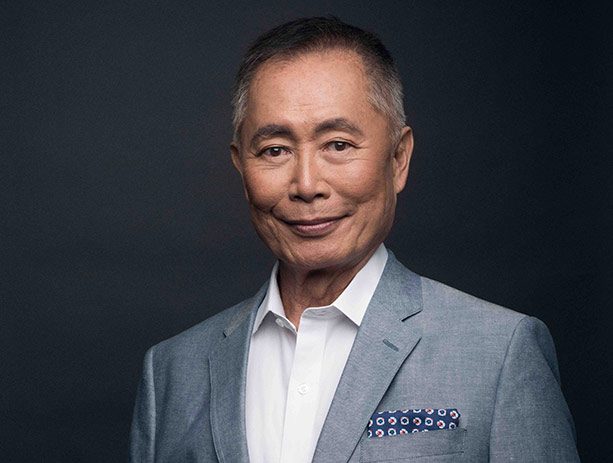 Motor City Comic Con, Michigan’s longest and largest comic and pop-culture event, is pleased to announce “Star Trek” star George Takei will attend this year’s convention on May 18th and 19th at the Suburban Collection Showplace. Takei will be hosting a panel Q&A and will be available for autographs ($80) and professional photo ops ($100). Tickets are on pre-sale on the Motor City Comic Con website: www.motorcitycomiccon.com

With an acting career spanning six decades, George Takei is known around the world for his founding role in the acclaimed television series “Star Trek”, in which he played Hikaru Sulu,
helmsman of the Starship Enterprise. But Takei’s story goes where few stories have gone before. From a childhood spent with his family wrongfully imprisoned in Japanese American internment camps during World War II, to becoming one of the country’s leading figures in the fight for social justice, LGBTQ rights, and marriage equality, Takei remains a powerful voice on issues ranging from politics to pop culture. Mashable.com named Takei the #1 most-influential person on Facebook, currently with 10.4 million likes and 2.8 million followers on Twitter. Takei hosts the AARP-produced YouTube series “Takei’s Take” and is the subject of “To Be Takei”, a Jennifer M. Kroot documentary on his life and career.

Takei has brought his voiceover talent to hundreds of characters in film, television, video games, and commercials including “Kubo and The Two Strings”, “Mulan”, “Mulan II”; “Batman Beyond: The Movie”; and “Free Birds”. He has voiced characters for numerous animated series including “The Simpsons”, “Transformers: Animated”, “Kim Possible”, “Futurama”, “Avatar: The Last Airbender”, “Spider-Man”, “The Smurfs” and George Lucas’ “Star Wars: The Clone Wars”. In addition to his acting, Takei has also starred on Broadway and is an accomplished author.

The openly gay Takei has long been a passionate advocate for social justice, outspoken supporter of human right issues and a community activist. He has served as the spokesperson for the Human Rights Campaign “Coming Out Project,” and was Cultural Affairs Chairman of the Japanese American Citizens League. He is also chairman emeritus and a trustee of the Japanese American National Museum in Los Angeles. He was appointed to the Japan-US Friendship Commission by former President Clinton and the government of Japan awarded Takei the Order of the Rising Sun, Gold Rays with Rosette, for his contribution to US-Japanese relations. The decoration was conferred by His Majesty, Emperor Akihito, at the Imperial Palace in Tokyo.