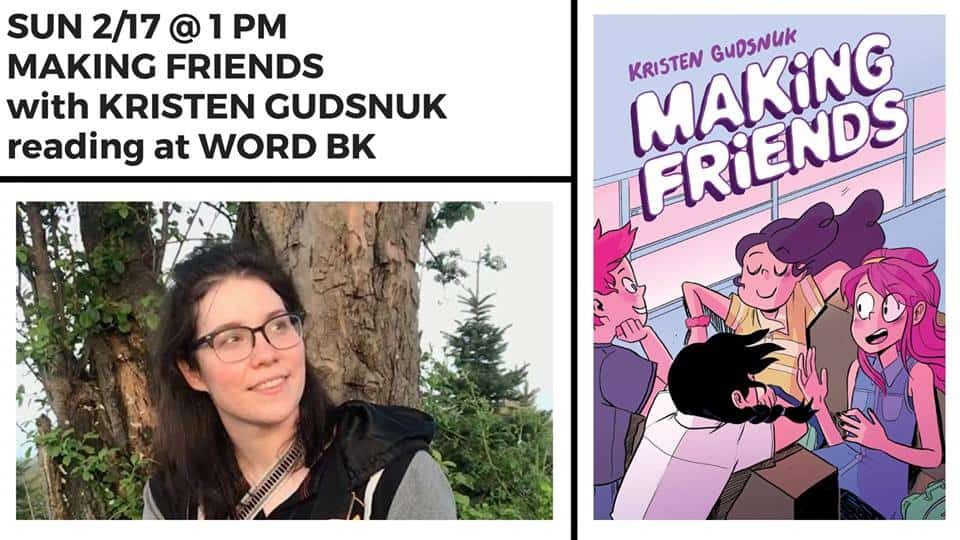 Sometimes making a friend is a lot easier than keeping one! Sixth grade was SO much easier for Danny. All her friends were in the same room and she knew exactly what to expect out of life. Now that she’s in seventh grade, she’s in a new middle school, her friends are in different classes and forming new cliques, and she is totally, completely lost. What Danny really needs is a new best friend! So when she inherits a magic sketchbook from her eccentric great-aunt in which anything she sketches in it comes to life, she draws Madison, the most amazing, perfect, and awesome best friend ever. The thing is, even when you create a best friend, there’s no guarantee they’ll always be your best friend. Especially when they discover they’ve been created with magic!

Kristen Gudsnuk is a comics writer and illustrator. She got her start with the webcomic Henchgirl, which was later published by Scout Comics in single issue and Dark Horse Comics as a collection. Her newest works include the middle grade graphic novel Making Friends, from Scholastic Books, and Modern Fantasy, a miniseries from Dark Horse (written by Rafer Roberts). Gudsnuk also illustrated the VIP series by Jen Calonita, published by Little, Brown. Originally from Shelton, CT, she now lives in Queens, NY with her boyfriend and dog.