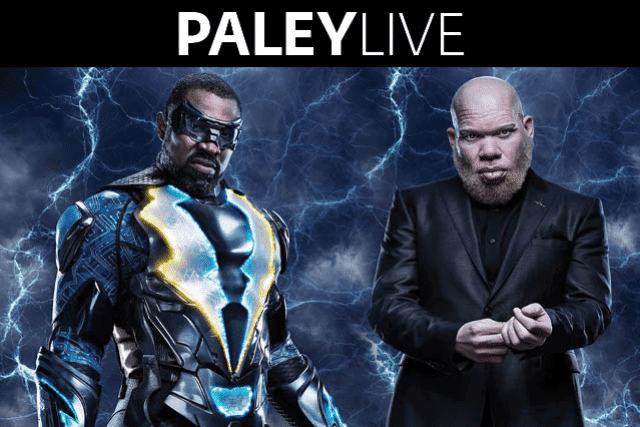 Cress Williams and Marvin Jones III appear at the Paley Center on Monday, February 11, 2019 at 6:30 PM to speak about the popular CW series BLACK LIGHTNING.

The CW’s critically acclaimed Black Lightning understands that a superhero’s story is only as good as its villain—and with the cold, ruthless, calculating Tobias Whale in the mix, this smart, relevant series has achieved must-watch status. Join Cress Williams, who stars as the superhero Black Lightning, and Marvin Jones III, who portrays the complicated villain Tobias Whale, for a discussion of the show and their characters, heroism and villainy, good vs. evil—and the very thin line that can separate the two.