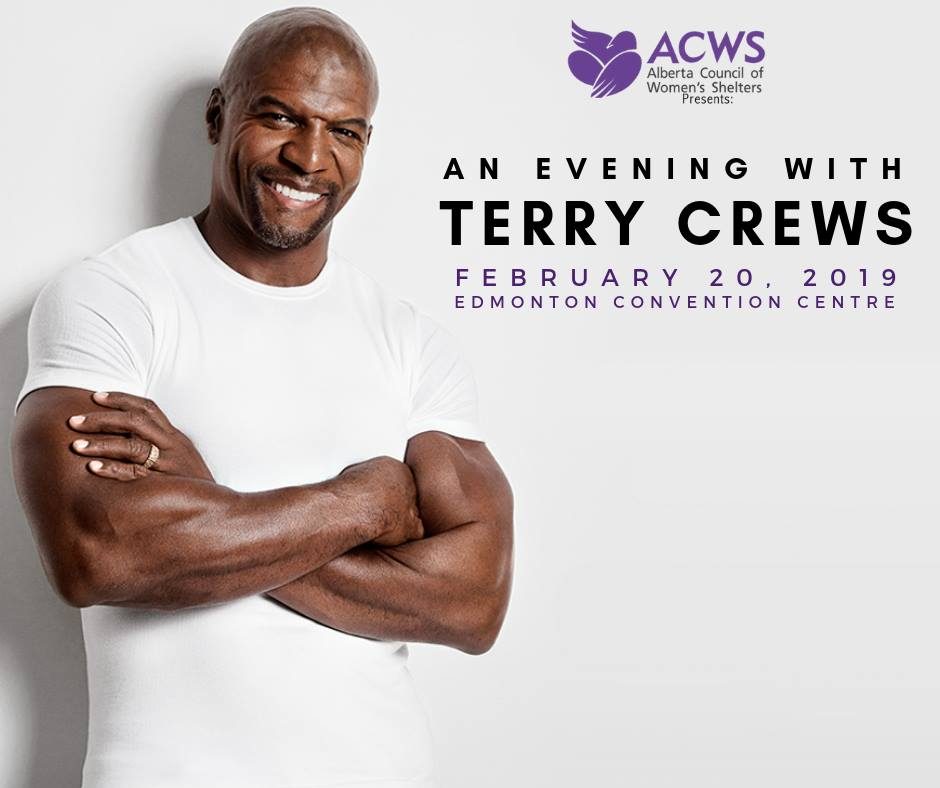 Terry Crews appears at the Edmonton Convention Centre on Wednesday, February 20, 2019 at 7 PM. Get tickets here…

Terry Crews is a lot of things: an actor, athlete, author and artist. Audiences may know him as the NFL linebacker, the face of Old Spice and most recently as Sergeant Terry Jeffords on Brooklyn Nine-Nine.

Enjoy a captivating conversation where Terry Crews takes on what is arguably his most important role yet; modern manhood. As an activist, memoirist and one of the silence breakers of the #metoomovement, Terry Crews has become a powerful voice in the conversation about what being a modern man is all about and the role men play in creating a safer world for women and girls.

All proceeds from this memorable event will support programs and services of the Alberta Council of Women’s Shelters.