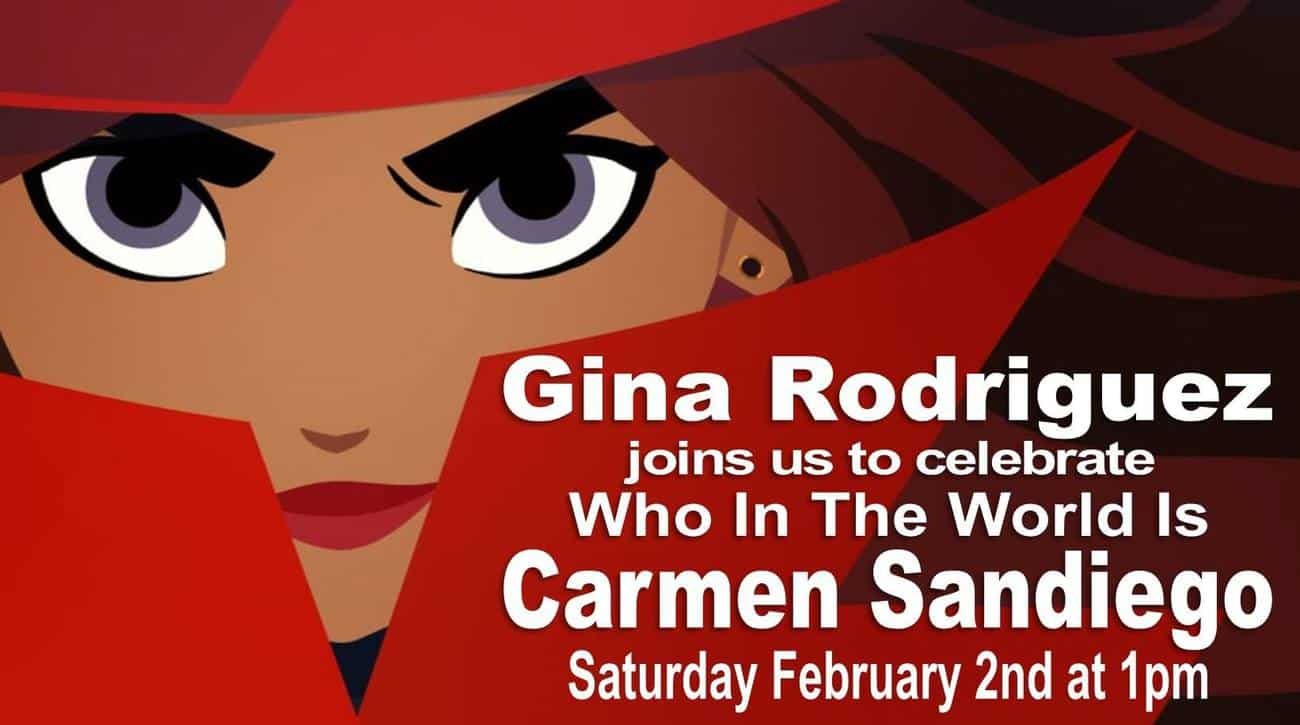 Join Barnes & Noble on Saturday, February 2 at 1:00 PM to celebrate the release of Who In The World Is Carmen Sandiego?. Gina Rodriguez, star of Netflix’s Carmen Sandiego, will sign copies of your book and share a photo with you! Don’t forget your red fedora and trench coat – themed costumes are encouraged! Our first few attendees will be provided their own red fedora, provided on a first come, first served basis. This is a ticketed event.

About Gina:
Gina Rodriguez, born and raised in Chicago, currently lives in Los Angeles and is a graduate of New York University’s Tisch School of the Arts. Gina can be seen playing the title role on the CW series Jane The Virgin, for which she won the Golden Globe for Best Actress in a Television Series–Musical or Comedy in 2015. Her voice can be heard as Carmen Sandiego in the Netflix animated series. In addition to acting, Rodriguez is a leader in supporting inclusion and the empowerment of women. This passion led her to create her production company, I Can and I Will Productions, with a mission to create art that tells stories from the traditionally unseen and unheard. She also established the We Will Foundation with her family, which is designed to focus on arts education and scholarship funding for the less fortunate, with the aim of championing and lifting up young women and men.

About Who In The World is Carmen Sandiego?: