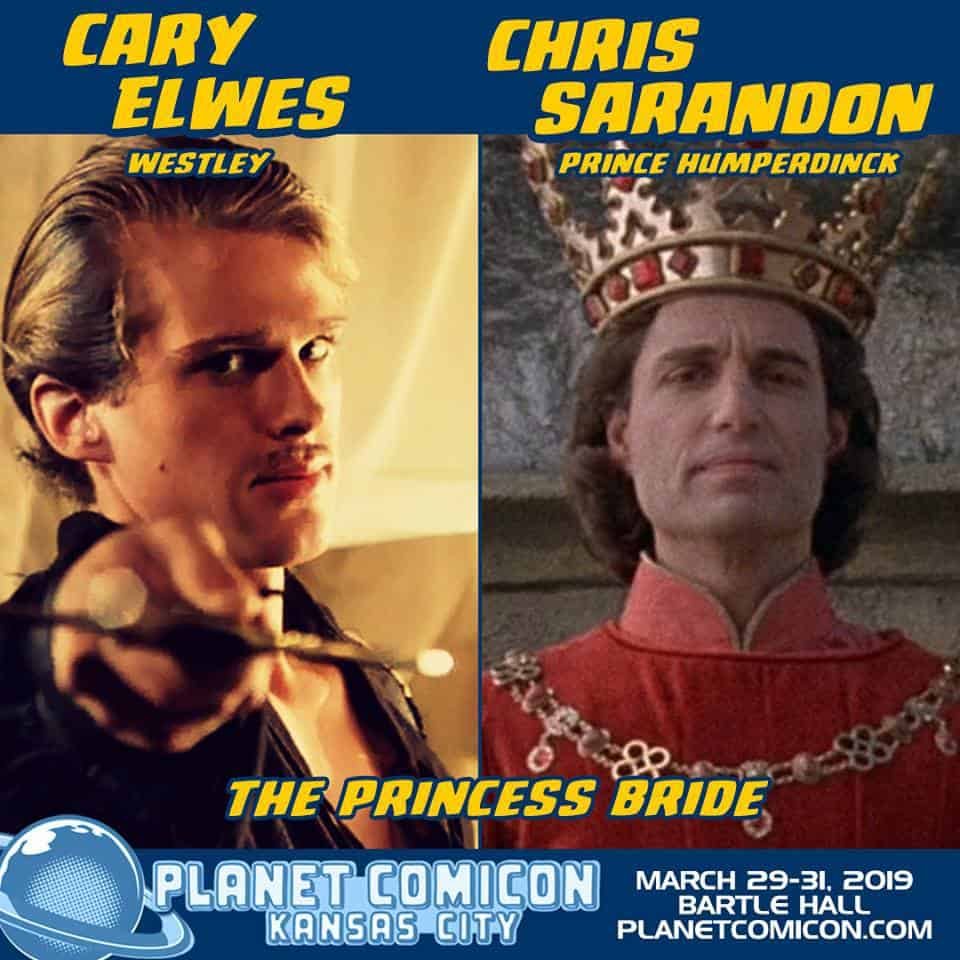 Planet Comicon couldn’t be more excited to be welcoming both Cary Elwes and Chris Sarandon to our 20th anniversary event in March. Both are extraordinarily versatile actors and arguably best known for their respective roles of Westley and Prince Humperdinck in the beloved classic The Princess Bride.

Elwes is also known for his roles in the Academy Award-winning films Glory, Days of Thunder, and Bram Stoker’s Dracula, box-office hits Hot Shots!, Twister, Liar Liar, and Saw, and the cult classic Robin Hood: Men In Tights. He will also be joining the cast of Stranger Things for the hit show’s third season, set to debut in 2019.

Sarandon was the voice of Jack Skellington in The Nightmare Before Christmas, the vampire Jerry Dandridge in Fright Night and Detective Mike Norris in the first entry of the Child’s Play series. He has also made appearances in Star Trek: Deep Space Nine, Charmed and most recently on the Netflix hit series Orange Is the New Black.