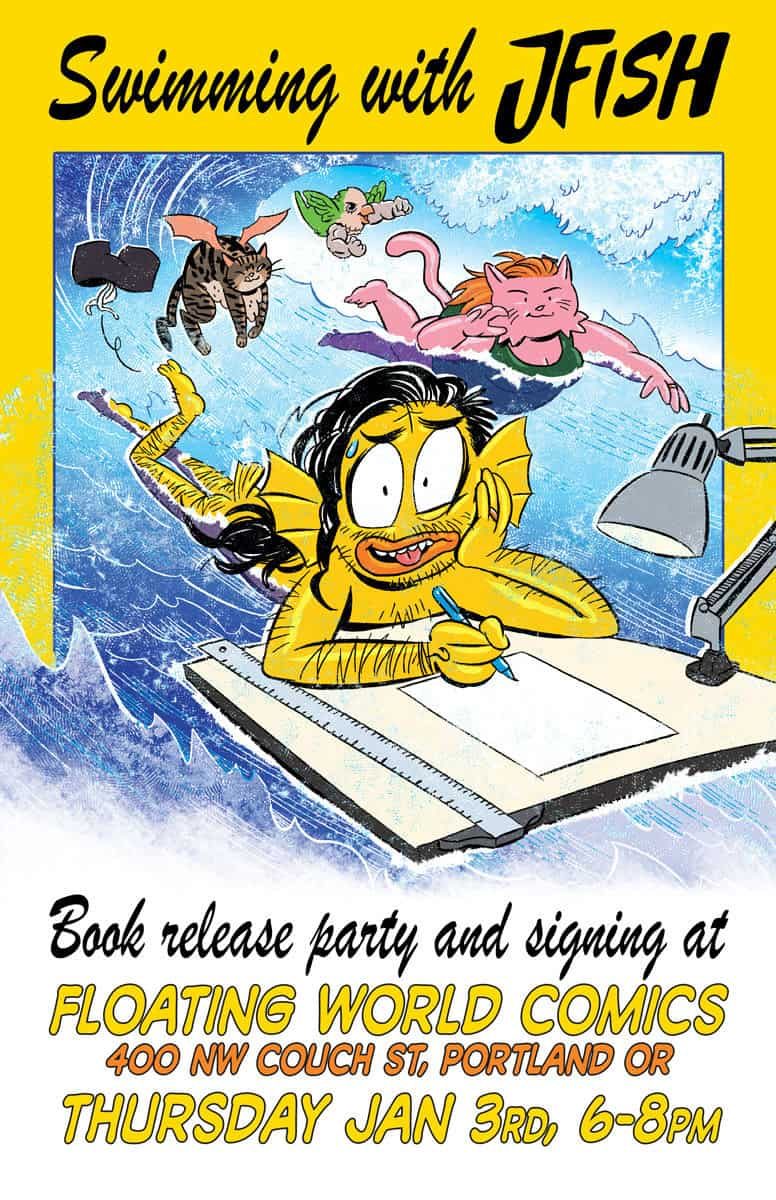 Join Floating World Comics on Thursday, January 3rd for a release party and art exhibit for Jason Fischer’s new book Swimming With JFish. In addition to original art we will also have exclusive prints from the book on display.

The life of a cartoon isn’t always easy! Meet JFish, a cartoon fish man just trying to draw some comics, ride his bike, sleep as long as he likes, eat a burger, laugh with his friends and have massage sandwiches with his wife, Robin the cat. Will JFish survive being pulled from a speed boat at tremendous speeds… or will he become “one with the fishes”?!

Swimming With JFish by Jason Fischer (Terra Flats, Seconds Helping) is a new book of autobio comics told in an anthropomorphic world full of colorful characters and emotions.