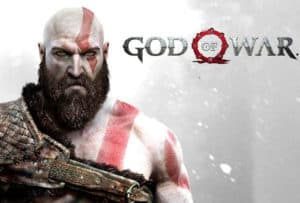 After joining Sony in 2003, Barlog served as lead animator on the original God of War. He then went on to write and direct God of War II, for which he won a BAFTA award for writing. After God of War II, he stayed with the franchise, contributing as both writer and Creative Director on installments such as God of War: Chains of Olympus and God of War: Ghost of Sparta. Barlog parted ways with Sony in 2009 for spells at LucasArts, Crystal Dynamics, and other ventures. He would return to Sony in 2013 to helm the latest entry in the God of War series, which released earlier this year to near-universal acclaim.

“Doing a sequel to a beloved game is a unique challenge, and so is rebooting a franchise for a modern audience – Cory Barlog has done both,” said Jerry Holkins, co-founder, Penny Arcade. “We’re overjoyed to have him join us at PAX South. If I get the chance, I’m gonna tell him about this place I know in San Antonio where they make the guacamole with Orange Juice instead of Lime. It sounds crazy, but it works.”

Entering its fifth year, PAX South continues to solidify its position as a premier event for gamers. A short walk from the Alamo, PAX South provides a place for gamers to get hands-on with highly-anticipated titles, revel in new game reveals, participate in panels with the industry’s biggest names, watch exciting esports tournaments, take in game-inspired concerts, and much more.

Tickets for PAX South 2019 are on sale now. Three-day badges are currently available for $85, while single-day passes cost $42. Families can pick up Sunday kids badges (for children age 7-12) for $10 apiece. Exclusive PAX South 2019 merch including a zipper bag, office set, and limited-edition Level Up Dice Stand + Dice are also now available for pre-sale.