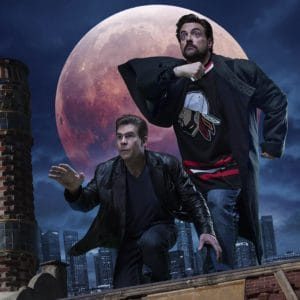 Ralph Garman & Kevin Smith appear at the Taylor Centre for the Performing Arts on Friday, October 19, 2018 at 8:00 PM for a live recording of their podcast HOLLYWOOD BABBLE ON!