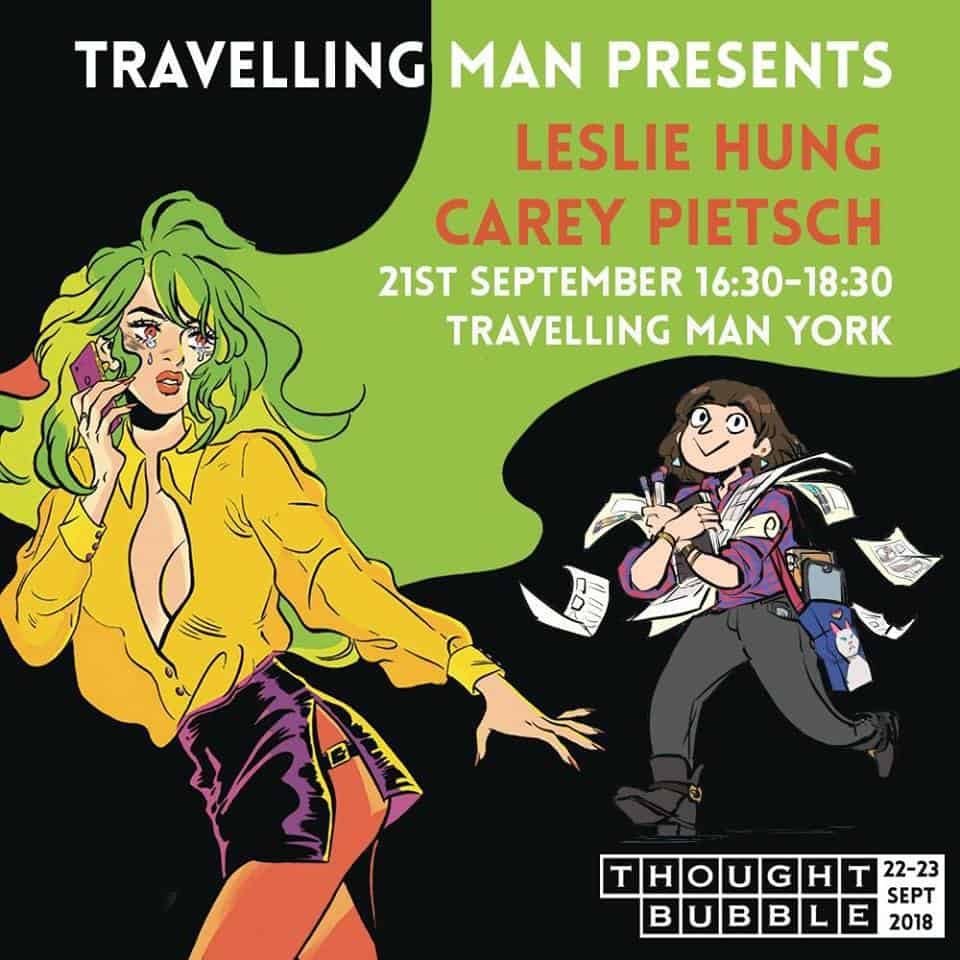 Travelling Man and Thought Bubble Festival are thrilled to announce that internationally acclaimed artists Leslie Hung and Carey Pietsch will be signing at Travelling Man York store on the Friday 21st September from 4:30 PM – 6:30 PM!

Leslie Hung is a Californian comic-artist and illustrator know for her work with Bryan Lee O’Malley on breakout Image title Snotgirl.

Carey Pietsch is a cartoonist and illustrator who has shot to fame with her endearing and charismatic work on the cult work Adventure Zone, based on the McElroy family’s hit DnD podcast of the same name. She has also had work featured in hit indie titles Lumberjanes and Adventure Time Marceline: Gone Adrift.

A rare event not to be missed! The signing will be free and unticketed, however we advise arriving early ton avoid disappointment.