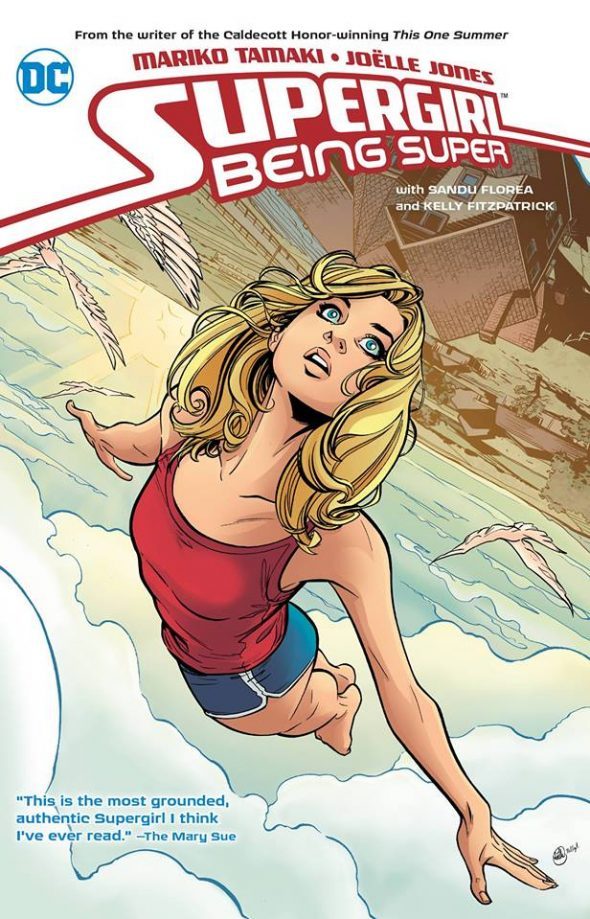 Join Mariko Tamaki and Gene Luen Yang at the Bindery on Wednesday, June 6th at 7:30 PM for a lively conversation about writing graphic novels for young readers, encouraging kids to engage in the world around them through reading, and the importance of reading outside of your comfort zone. Mariko Tamaki’s work for DC Comics includes Supergirl: Being Super and the forthcoming Harley Quinn: Breaking Glass (June 2019). Gene Luen Yang’s work for DC Comics includes Superman and New Super-Man.

Mariko Tamaki, author of the Caldecott Honor and Eisner Award-winning This One Summer, and Eisner Award-nominated artist Joëlle Jones (Lady Killer) combine forces for Supergirl: Being Super​​​​​​! This is the Girl of Steel as you’ve never seen her before. A truly innovative origin story, a coming-of-age tale of “Being Super,” full of heart with added teenage irony.

Welcome to Midvale, home to Liberty High School and an unusual girl named Kara Danvers. While it may seem like your ordinary town, girls like Kara make it extraordinary. She’s super-strong, she can fly and she crash-landed on Earth in a rocket ship. But for Kara Danvers, winning the next track meet, celebrating her 16th birthday and surviving her latest mega-zit are her top concerns.

Now Kara’s incredible powers are kicking into high gear–and people she trusted are revealing creepy ulterior motives. The time has come for her to choose between the world where she was born and the only world she’s ever known.

Mariko Tamaki is an award-winning Canadian writer living in Oakland, California. She is the author of Saving Montgomery Sole and the co-creator, with Jillian Tamaki, of This One Summer, which received the prestigious Eisner and Ignatz awards as well as Caldecott and Printz honors. Her growing slate of critically acclaimed comics and graphic novels includes Teenage Mutant Ninja Turtles, Tomb Raider, Adventure Time, She-Hulk, Lumberjanes, Supergirl: Being Super and New Super-Man.

Gene Luen Yang began making comics and graphic novels more than fifteen years ago. In 2006, his Eisner Award-winning book, American Born Chinese (First Second Books), became the first graphic novel to be nominated for a National Book Award and the first to win the American Library Association’s Printz Award. His 2013 book, Boxers & Saints (First Second Books), a two-volume graphic novel about the Boxer Rebellion, was nominated for a National Book Award and won the L.A. Times Book Prize. Gene Luen Yang made his mainstream comics debut on Superman, with artists John Romita Jr. and Klaus Janson. In addition cartooning, Gene teaches creative writing through Hamline University’s MFA in Writing for Children and Young Adults. In January 2016, the Library of Congress, Every Child A Reader, and the Children’s Book Council appointed Gene Luen Yang as the National Ambassador for Young People’s Literature.