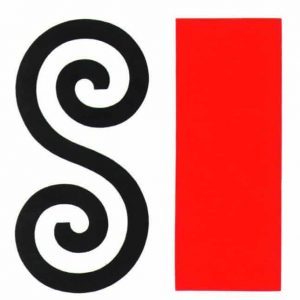 Join moderator Calvin Reid, Senior News Editor of Publishers Weekly, and a dynamic panel featuring cartoonists that includes Julia Alekseyeva, Kyle Baker, and Josh Neufeld at the Society of Illustrators on Thursday, April 26th at 7:30 PM. The panelists will discuss their respective graphic works, and the ways in which each artist combine the formal elements of visual art, the investigative tools of journalism, oral history and scholarship in their efforts to create complex perspectives on the human experience.

The panel will take place in the SoI gallery, surrounded the current exhibition, March, a show of original artwork done by cartoonist Nate Powell for the MARCH Trilogy, the acclaimed graphic memoir of the life story of Congressman John Lewis and his experiences in the fight for civil rights.

Julia Alekseyeva is an author-illustrator and academic. Her debut graphic novel Soviet Daughter: A Graphic Revolution was published by Microcosm in 2017, and has been featured on NPR, Tablet, Lilith, and The Rumpus. She has published shorter works of graphic journalism, on topics ranging from Soviet New Years Trees to Walter Benjamin, in Lilith and The Paper Brigade, and her art has been featured in exhibitions at the Visual Arts Center of New Jersey, Lesley University, and the Boston Arts Academy. Alongside her art, Julia holds a PhD in Comparative Literature and Film and Visual Studies from Harvard, and currently teaches film studies courses at Brooklyn College. Next year, she will be a postdoctoral fellow at Harvard.

Kyle Baker is a cartoonist, comic book writer-artist, and animator known for his graphic novels. He has won 8 Eisner Awards and 7 Harvey Awards for his work in the comics field. The New York Times called his book SPECIAL FORCES “the harshest, most serrated satire of the Iraq war yet published.” Baker drew writer Robert Morales’ Marvel Comics miniseries Truth #1-7, a Captain America storyline with parallels to the Tuskegee experiment, and contributed to the Dark Horse Comics series The Amazing Adventures of the Escapist, a spin-off of Michael Chabon’s novel, The Amazing Adventures of Kavalier & Clay. In 2006, his company, Kyle Baker Publishing, serialized a four-part comic book series about Nat Turner, and published the series The Bakers, based on his family life, in two anthologies. Nat Turner is currently published by Harry Abrams. In 2008, Watson-Guptill published How to Draw Stupid and Other Essentials of Cartooning, Baker’s art instruction book. That same year, Baker hosted the comics industry’s Harvey Awards. In 2010, he became regular artist on Marvel Comic’ mature-audience MAX-imprint series, Deadpool Max. His company Quality Jollity continues to publish graphic novels and produce animation. He is currently working on an installation for Josiah Henson Park, depicting the life of the instrumental figure of the underground railroad.

Josh Neufeld creates nonfiction, journalistic comics to offer a new perspective on political and social upheaval, and to give voice to stories that wouldn’t otherwise be heard. He is the writer/artist of the bestselling nonfiction graphic novel A.D.: New Orleans After the Deluge (Pantheon). In addition, he is the illustrator of the bestseller The Influencing Machine: Brooke Gladstone on the Media (W.W. Norton). His journalistic pieces have been published by Columbia Journalism Review, Foreign Policy magazine, The Boston Globe, Medium, Al Jazeera America, Fusion, and The Atavist, among others. He received his BA from Oberlin College, and was a Knight-Wallace fellow in journalism at the University of Michigan.