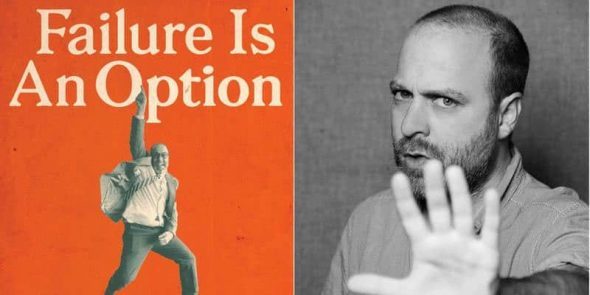 Actor H. Jon Benjamin appears at the Strand Book Store on Tuesday May 1, 2018 at 7:00 PM to sign his new book Failure is an Option.

H. Jon Benjamin is widely considered a comedy show success, but he’d like to remind everyone that as great as success can be, failure is also an option. And maybe the best option.

Breaking down one’s natural ability to succeed is not an easy task, but also not an impossible one. Society as we know it is, unfortunately, opposes failure. If failure became more accepted it would make the world a different place, a kinder, gentler place, where gardens are overgrown and most people stay home with their pets. A vision of failure, but also a vision of freedom.

With stories, examples of artistic and literary failure, and a powerful can’t-do attitude, Failure Is an Option is the book the world doesn’t need right now but will get regardless.

H. Jon Benjamin is an actor, voice actor and stand-up comedian, best known for voicing characters, including Sterling Archer in Archer, Bob Belcher in Bob’s Burgers, Dr. Katz in Dr. Katz, Professional Therapist, Coach McGuirk and Jason in Home Movies, and a can of mixed vegetable in the film Wet Hot American Summer.

Admission Options: Buy a copy of Failure is an Option or a $15 gift card to attend this event. Please note that payment is required for all online event orders at the time of checkout. The event will be located in the Strand’s 3rd floor Rare Book Room at our store at 828 Broadway at 12th Street.