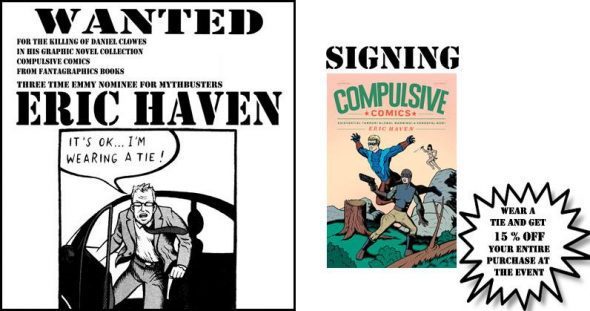 Eric Haven appears at Escapist Comics on Saturday, March 10th at 3:00 PM to sign COMPULSIVE COMICS, his graphic novel collection of inverted-comic book-consciousness and genre-bending short stories from Fantagraphics Books. It features the story I KILLED DAN CLOWES in which he runs over a couple of local cartoonists while driving around Oakland.

Eric has had comics published in the SF Bay Guardian, The LA Weekly, The Believer, Kramers Ergot, and Mad Magazine. He is a three-time Emmy nominee as the producer of Mythbusters.