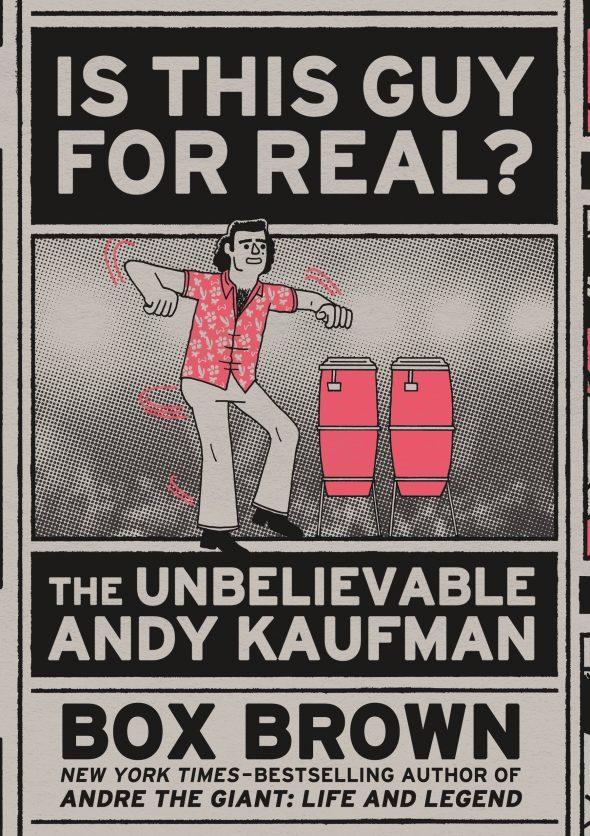 Cartoonist Box Brown appears on Saturday, February 17, 2018 at from noon till 4:00 PM at The Comic Book Shop to present and sign IS THIS GUY FOR REAL?

About the book:
Comedian and performer Andy Kaufman’s resume was impressive – a popular role on the beloved sitcom Taxi, a high-profile stand-up career, and a surprisingly successful stint in professional wrestling. Although he was by all accounts a sensitive and thoughtful person, he’s ironically best remembered for his various contemptible personas, which were so committed and so convincing that all but his closest family and friends were completely taken in. Why would someone so gentle-natured and sensitive build an entire career seeking the hatred of his audience? What drives a performer to solicit that reaction? Graphic novelist Box Brown takes on the complex and often hilarious life of Andy Kaufman.

Box Brown is an Ignatz Award-winning cartoonist, illustrator, and comic publisher from Philadelphia. His book Andre the Giant: Life and Legend was released in 2014 and spent three weeks on the New York Times bestsellers list. His second graphic novel with publisher First Second is Tetris: The Games People Play. Brown launched the independent comics publishing house Retrofit Comics in 2011.