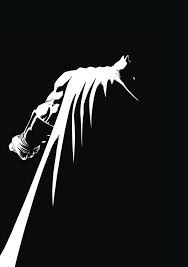 In celebration of Batman Day, BATMAN: THE DARK KNIGHT: MASTER RACE co-writers Frank Miller (SUPERMAN: YEAR ONE) and Brian Azzarello (100 BULLETS), along with artists Andy Kubert (NEW CHALLENGERS) and Klaus Janson (SUPERMAN), will be participating in a fan Q&A and signing at Barnes & Noble at Union Square on September 23.

In celebration of Harley Quinn’s 25th Anniversary, this year the clown princess of crime is taking over DC’s annual Batman Day celebration. Co-created by acclaimed producers Paul Dini (DARK NIGHT: A TRUE BATMAN STORY) and Bruce Timm (Batman Beyond), Harley Quinn first appeared on the hit Batman: The Animated Series in a September 1992 episode, “The Joker’s Favor.” Following her TV debut, Harley Quinn spawned the now popular comic series and is one of the fastest growing characters in DC history.

A purchase of BATMAN: THE DARK KNIGHT: MASTER RACE is required to attend the signing and fans may bring two additional items from home for the team to sign. Wristbands for the signing will be given out on a first come, first serve basis, starting at 9 a.m. on September 23.