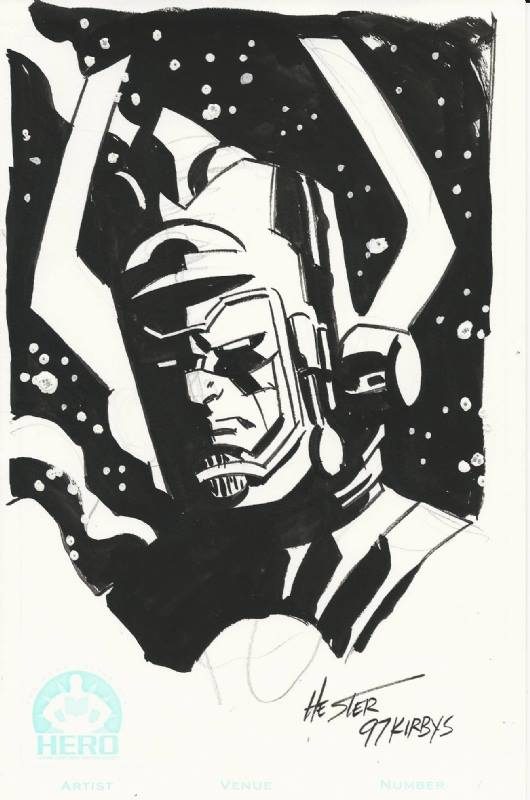 Come out to witness Phil Hester and friends complete 100 original illustrations commemorating Jack Kirby on what would be his 100th birthday.

Each year Phil Hester holds a marathon to raise money for the Hero Initiative, a nonprofit organization that creates a financial safety net for comic creators who may need emergency medical aid, financial support for life essentials and an avenue back into paying work.

This year OmahaBound and Krypton Comics team-up to host Phil Hester and friends in Omaha for the final Kirby marathon.

Phil Hester will begin drawing Saturday, August 26th at Krypton Comics and will finish on Monday, August 28th. Come out to visit Krypton, support Phil on his marathon, and enter a raffle for a bonus illustration.

Phil Hester will also complete an OmahaBound Exclusive Kirby Illustration while in Omaha. Starting August 21st, purchase $1 raffle tickets at Krypton Comics for the FINAL Kirby Fundraiser Illustration by Phil Hester. Drawing to be held Monday August 28th at Krypton Comics. And there’s no limit to the number of tickets you can purchase!