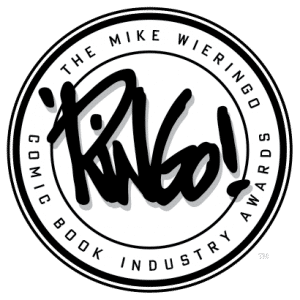 The inaugural Mike Wieringo Comic Book Industry Awards will be presented on the evening of Saturday, September 23, 2017 as part of the fan- and pro-favorite convention, the Baltimore Comic-Con. A limited number of tickets are now available for purchase by the public.

Ringo Awards tickets include a full cocktail hour (cash bar), a full service dinner (featuring a Baltimore crab cake), the awards ceremony, and a gift bag, and are now available for $125. Please visit our website to purchase with credit card: baltimorecomiccon.com/tickets

The Mike Wieringo Comic Book Industry Awards is pleased to announce David Petersen as the inaugural Keynote Speaker. David Petersen is best known as the creator of Mouse Guard. He enjoys fantasy, folklore, myth, and legend. Even more than that, he loves to draw and write about it. A steady diet of cartoons, comics, and tree-climbing fed his imagination and is what still inspires his work today. David won the 2007 Russ Manning Award for Most Promising Newcomer. In 2008, David won the Eisners for Best Publication for Kids (Mouse Guard Fall 1152 & Winter 1152) and Best Graphic Album – Reprint (Mouse Guard Fall 1152 Hardcover). He won the Harvey Award for Best Graphic Album of Previously Published Work in both 2014 and 2015. 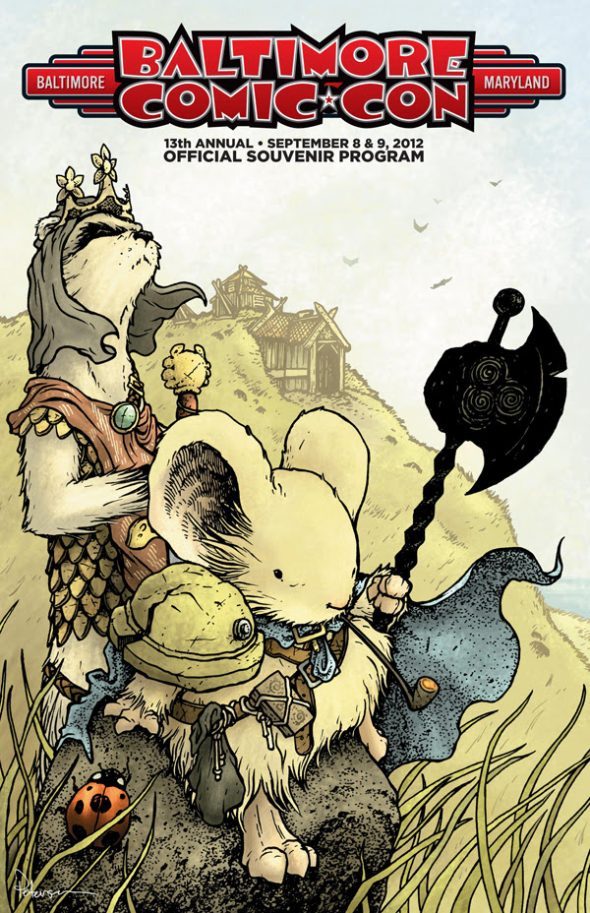 David is a cartoonist and children’s book illustrator who began his career in 2004 with the release of Voices, a self-published anthology from ComiXpress. Possessing a distinctive art style reminiscent of A.A. Milne (creator of Winnie the Pooh), Petersen has worked on such comics as The Dark Crystal, Snowy Valentine, and Muppets & Fairytales from Archaia, as well as the Teenage Mutant Ninja Turtles Micro-Series from IDW. His artwork also graced the cover for the 2012 Baltimore Comic-Con program, as well as the show-exclusive t-shirt.

David and his wife Julia reside in Michigan with their 2 dogs, Bronwyn and Coco.

“David is the perfect guy to help us kick off the first annual Ringo Awards,” said Marc Nathan, Baltimore Comic-Con promoter. “He’s one of the brightest people you’ll meet, he’s amazingly creative, his artwork is gorgeous, and he writes Game of Thrones with mice! I’m really excited to hear what he has to say, and I think the room is going to love him.”

Voting on the 2017 Final Ballot was restricted to the comic book industry creative community — anyone involved in and credited with creating comics professionally. As with the nomination process, comics pros came out in force to support the Ringo Awards and to register their votes. Don’t miss the presentation of final ballot winners, Fan-Only Favorites, Hero Initiative Lifetime Achievement and Dick Giordano Humanitarian Awards, and the Mike Wieringo Spirit Award on the evening of Saturday, September 23rd, 2017!