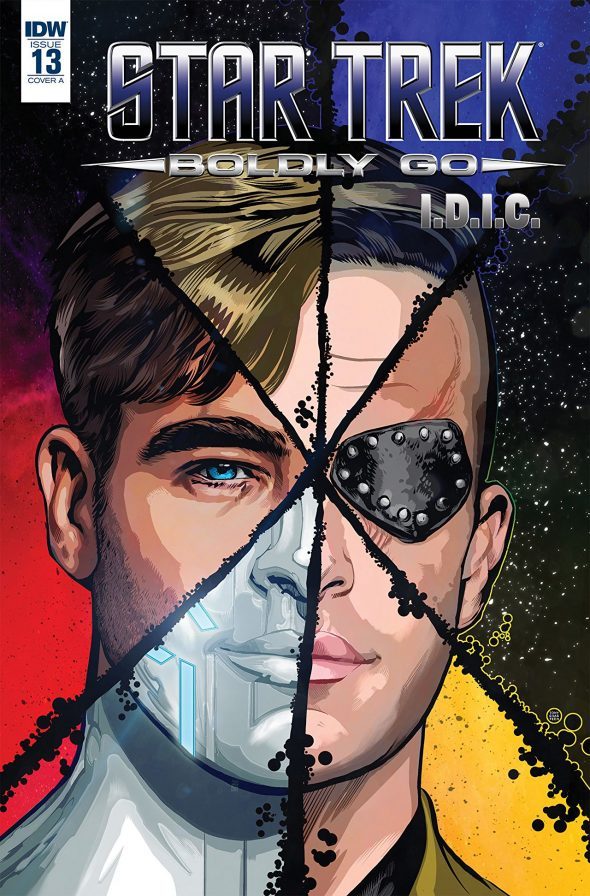 The convention will run from August 2-6, but con-goers can catch Mike, J.K., and Sarah on Wednesday and Thursday, featured on select panels to discover more about the current status, and future, of IDW’s publishing programs for all things Star Trek. That includes the recently announced “I.D.I.C.” 6-part story arc that begins in Star Trek: Boldly Go #13, the highly publicized Star Trek: The Next Generation: Mirror Broken miniseries, which depicts a “Mirror Universe” spin on the TNG crew (with painted art by Woodward), as well as the launch of the Star Trek: Discovery ongoing comic book which ties-in directly to the eagerly anticipated TV series.

Debuting in October, both “I.D.I.C.” and Discovery were recently teased at Comic-Con International, with even more details to unveil in Vegas. “I.D.I.C.” (Infinite Diversity (in) Infinite Combinations) explores the Vulcan philosophy that celebrates diversity in all its forms and will be written by Mike Johnson. The Discovery comic will be co-written by Johnson and Discovery staff writer Kristen Beyer.

Mike Johnson Signing
8/3 Thurs @ 2:00pm at Away Mission Booth in the Exhibition Hall

Star Trek Las Vegas will be the largest gathering of Trek fans in the world this year and Sarah, Mike, and J.K. are excited by the opportunity to meet the incredible fans who have made the Star Trek comics so much fun to work on, and to just generally geek out about Trek with you!