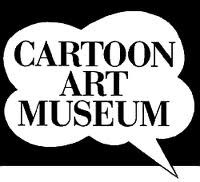 The Cartoon Art Museum is pleased to announce its programming for this year’s San Diego Comic-Con International, to be held at the San Diego Convention Center from July 19-23, 2017. This year marks the eleventh annual CAM Sketch-a-thon, which features a host of artists donating their time and talents to support the museum in its fundraising efforts for exhibitions and programming.

*See booth for details. Some artists and sketches will be sold at a premium.