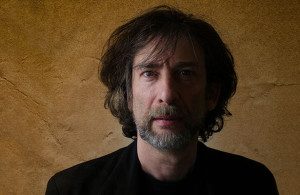 Author Neil Gaiman, whose popular and acclaimed works, including Coraline, The Sandman, American Gods, and The Graveyard Book have reached audiences of all ages and made Gaiman one of the most celebrated writers of our time, appears at the AT&T Performing Arts Center on Friday, July 7, 2017 at 7:30 PM! Tickets available at the link…

“I make things up and write them down” is the way Neil Gaiman describes his varied art.

Today, as one of the most celebrated writers of our time, his popular and critically acclaimed works bend genres while reaching audiences of all ages. Gaiman’s bestselling contemporary fantasy novel, American Gods, took the Hugo, Nebula, Bram Stoker, and Locus awards—as did his bestselling young adult story, Coraline. Another children’s novel, The Graveyard Book, is the only work to win both the Newbery (US) and Carnegie (UK) Medals – awarded by librarians for the most prestigious contribution to children’s literature.

Two of Gaiman’s speeches have gone viral. One of them, “Make Good Art,” an inspiring commencement address from 2012, received 1.5 million views (Vimeo and YouTube), and proved so popular it was released as a book illustrated and designed by Chip Kidd.

A self-described “feral child who was raised in libraries,” Gaiman credits librarians with fostering a life-long love of reading. He is a passionate advocate for books and libraries, and a supporter and former board member of the Comic Book Legal Defense Fund. His blog has more than a million regular readers, and more than two million people follow him on Twitter. Born in England, Gaiman lives in the United States and teaches at Bard College. He is married to artist/musician Amanda Palmer, with whom he sometimes
performs.

Neil Gaiman has been honored with numerous awards around the world. Altogether, he has received 4 Hugos, 2 Nebulas, 1 World Fantasy Award, 4 Bram Stoker Awards, 6 Locus Awards, 2 British SF Awards, 1 British Fantasy Award, 3 Geffens, 1 International Horror Guild Award, 2 Mythopoeic Awards, and 15 Eisner Awards. Other honors include the Shirley Jackson Award, Chicago Tribune Young Adult Literary Prize (for his body of work), Comic Book Legal Defense Fund Defender of Liberty award, and an Honorary Doctorate from the University of the Arts, one of the oldest American universities dedicated to the visual and performing arts and design.