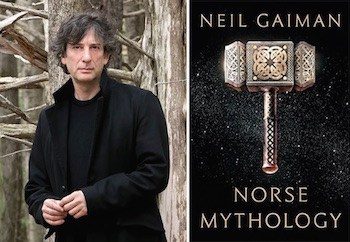 Author Neil Gaiman (The Sandman, American Gods, Coraline) introduces and reads from his new book, Norse Mythology, a dazzling version of the great Norse myths, at Town Hall on Thursday February 9th at 7:00 PM. Neil Gaiman has long been inspired by ancient mythology in creating the fantastical realms of his fiction. Now he turns his attention back to the source, presenting a bravura rendition of the great northern tales. Neil Gaiman will also be joined in conversation with Ophira Eisenberg, host of NPR & WNYC’s Ask Me Another. Plus, Q&A with the audience and book signing reception following the event. Get tickets beginning on December 06 at 12:00 PM EST which include a signed copy of the book.