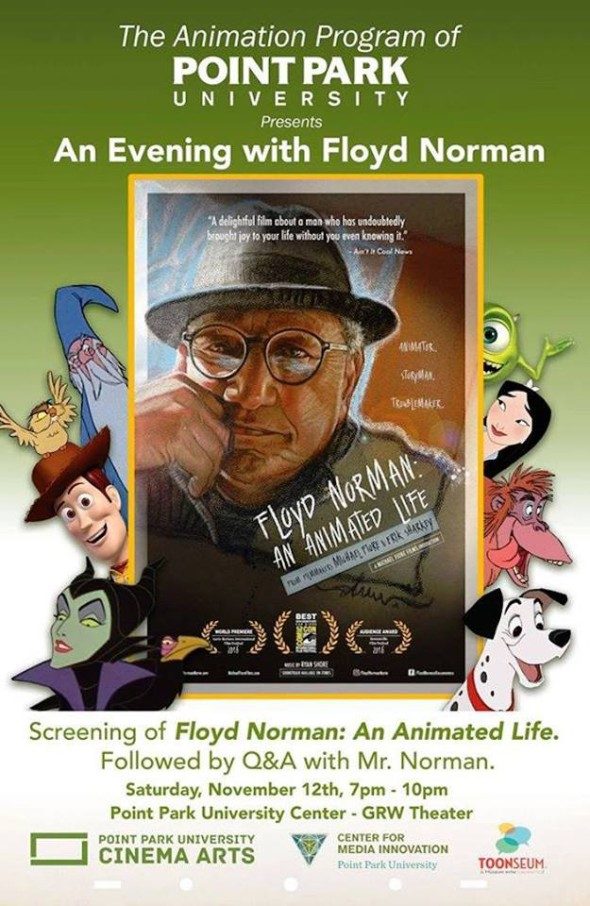 Legendary Walt Disney animation pioneer Floyd Norman will be coming to Point Park on Saturday, November 12th at 7:00 PM for a screening of a film about his life followed by a Q&A session.

Mr. Norman was the first African-American animator is the Disney Studios and worked on many pieces, including Sleeping Beauty, 101 Dalmatians, Jungle Book, and Robin Hood, as well as Sesame Street, Toy Story 2, Mulan, and Monsters, Inc. The free event is sponsored by Point Park’s Animation Program, Center for Media Innovation, and The ToonSeum. The event will take place at Point Park’s University Center’s GRW Theater.

The Walt Disney Family Museum at the D23 Expo 2022