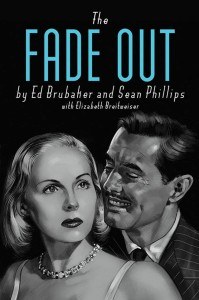 Award-winning comics writer Ed Brubaker comes to the Booksmith on Monday, October 24 at 7:30 PM to celebrate the release of the deluxe edition of The Fade Out; the epic graphic novel of murder, intrigue, and morality in blacklist-era Hollywood, illustrated by Sean Phillips and colored by Elizabeth Breitweiser. This beautiful oversized hardback edition collects issues #1-12 and includes behind-the-scenes extras, sketches, layouts, illustrations, and historical essays.

Ed Brubaker has won the Best Writer Award in the Harveys and the Eisners five times since 2006. His work with Sean Phillips on Criminal, Incognito, Fatale, and The Fade Out has been translated around the world to great acclaim. He was raised partly on Navy bases, and credits being forced to go to his mother’s AA meetings throughout much of his childhood with planting the seed of writing in his brain, and his father’s love of comics and movies for nurturing it. He currently lives in Los Angeles with his wife Melanie and their dog Roscoe, where he works in comics, film, and television.