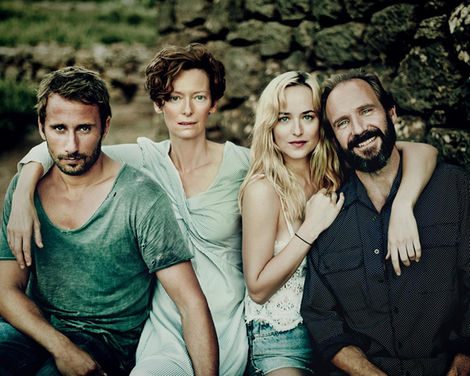 Join director Luca Guadagnino and actor Tilda Swinton (Doctor Strange, Chronicles of Narnia) at the Apple Store in SoHo on Friday, April 22, 2016, at 6:00 p.m. as they discuss “A Bigger Splash” with Entertainment Weekly’s Bill Keith.

Rock legend Marianne Lane (Swinton) retreats to a remote island with her partner for much-needed rest. But when an old flame arrives with his daughter in tow, their idyllic vacation is interrupted.