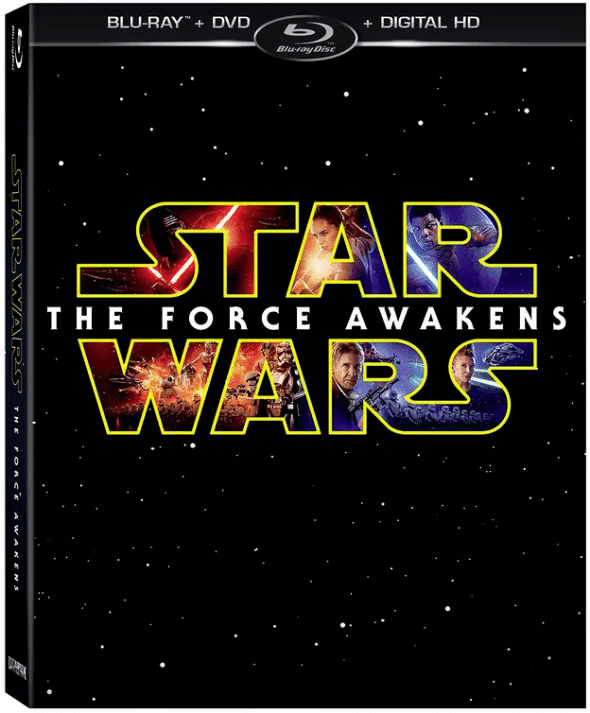 SPOILERS: I do get into spoiler-territory here, so if you haven’t seen it yet, you might want to skip this part.

I have to say… I have very mixed feelings about Star Wars: The Force Awakens. I go way back with Star Wars… all the way back to 1977. Because my cousin wanted to see it, our whole family went to our local theater and saw the original. I was hooked. Naturally, I’ve seen every Star Wars movie since. But… like a lot of fans, I found the prequels a little wanting and felt that they tarnished Star Wars’s reputation. I was eager to see what Director J.J. Abrams and the folks at Disney had cooked up to take the bad taste of the prequels out of our mouths. For months as the trailers rolled out, I crossed my fingers and said, “Let it be good… let it be good… let it be good.” Having seen it, though, I came away disappointed. While I loved the new characters, especially Daisy Ridley’s Rey, I felt like the original characters really got the short end of the stick. All these years later, and either everything is the same or changed for the negative. Han and Leia broken up? Say it ain’t so! Stormtroopers running around…still?! Han back to being a smuggler…. really?! After becoming a military leader? And the movie robs us of the chance to see Han, Leia, and Luke all sharing the screen again.

So as far as the older characters go, I almost wish they had just set it farther into the future and just said the originals died happy deaths. Despite all my misgivings, I am still looking forward to Episode VIII. Hopefully, the next movie will be more about charging forward and less about looking back. I want to see the next chapter of Rey, Finn, Poe, and Kylo Ren, and I want to see Luke Skywalker kick some butt!

Although I did not love the new movie, I still jumped at the chance to receive a copy of the Blu-ray Combo Pack to review. Deleted scenes, behind-the-scenes stuff, it’s packed with goodies!

BURBANK, Calif. (March 3, 2016)—Star Wars: The Force Awakens shattered box office records upon its debut to become the cinematic event of a generation with over $926 million domestic and $2.05 billion worldwide. As announced this morning by Chairman and Chief Executive Officer Robert A. Iger at The Walt Disney Company’s Annual Meeting of Shareholders, the epic movie will be available to own early on Digital HD and Disney Movies Anywhere on April 1. It comes home on Blu-ray Combo Pack and DVD on April 5.

Discover the complete story behind the making of Star Wars: The Force Awakens with in-depth documentary and bonus material that will take fans on an exciting journey behind the scenes.  Secrets will be revealed through extensive footage, never-before-seen deleted scenes, and exclusive interviews with the actors and filmmakers. Bonus features include*:

Having established a musical legacy with his iconic scores for the previous six films in the Star Wars Saga, acclaimed composer John Williams returned to score Star Wars: The Force Awakens, ultimately garnering his 50th Oscar® nomination for it.

ABOUT STAR WARS: THE FORCE AWAKENS:

Lucasfilm Ltd., a wholly-owned subsidiary of The Walt Disney Company, is a global leader in film, television and digital entertainment production. In addition to its motion-picture and television production, the company’s activities include visual effects and audio post-production, cutting-edge digital animation, interactive entertainment software, and the management of the global merchandising activities for its entertainment properties including the legendary STAR WARS andINDIANA JONES franchises. Lucasfilm Ltd. is headquartered in northern California.

Lucasfilm, the Lucasfilm logo, STAR WARS and related properties are trademarks and/or copyrights, in the United States and other countries, of Lucasfilm Ltd. and/or its affiliates. © & TM 2015 Lucasfilm Ltd. All rights reserved.

Disney Movies Anywhere (DMA) is an engaging and family-friendly cloud-based digital movie service that makes it simple to buy your favorite Disney, Pixar, Marvel and Star Wars movies once and watch them anywhere.  With DMA you can explore Disney’s library of over 450 eligible digital movies, discover hours of new and exclusive short-form content, and watch your digital movies from the comfort of the living room or across multiple mobile devices.  Using the free DMA apps and website, you can connect your DMA account with participating providers including iTunes, Amazon Video, VUDU, Microsoft Movies and TV and Google Play and unlock access to your eligible movie collections across platforms and devices –  iPhone, iPad, iPod Touch, Apple TV/Airplay, Amazon’s Fire tablets, Fire TV and Fire TV Stick, Microsoft Movies and TV service on Windows and Microsoft Xbox devices, Android mobile and tablet devices and Android TV, Chromecast and the Roku®platform.  In addition, you can redeem Digital Copy codes found in Disney, Pixar and Marvel Blu-rays and DVDs, as well as earn Disney Movie Rewards points with every digital purchase.