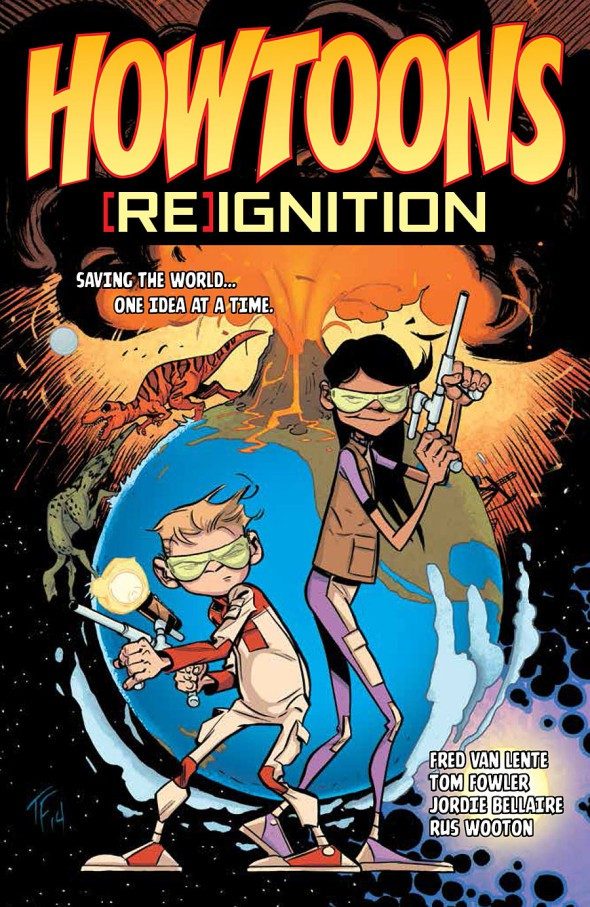 About the artist:
As a cartoonist and illustrator, Tom Fowler has worked in comics, advertising, and film and game design. He has worked for Disney, Simon & Schuster, Wizards of the Coast, Hasbro, MAD, Valiant, Marvel, and DC Comics. His best known comics include the MAD MAGAZINE feature “MONROE”, VENOM, HULK SEASON ONE, and the critically acclaimed MYSTERIUS THE UNFATHOMABLE, and his latest work, HOWTOONS [RE]IGNITION.