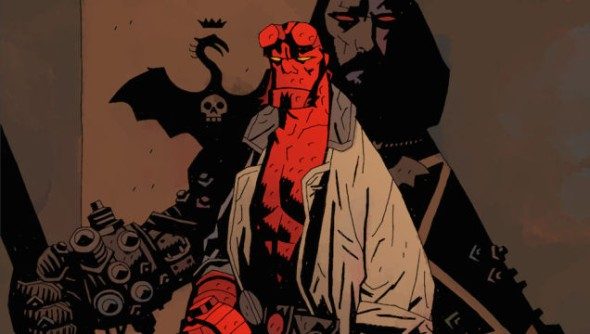 Comics legend MIKE MIGNOLA, creator of HELLBOY, appears at Aw Yeah Comics for a signing on Saturday, March 14, 2015 from 1:00 – 4:00 PM! The shop is celebrating their third anniversary with a RED & BLACK party (21+) from 7:00 till midnight. The theme is Red & Black attire. It’s doesn’t have to be fancy, it just needs to incorporate those two colors, in honor of our guests’ amazing creation. Bonus points if you incorporate the B.P.R.D. symbol somewhere.