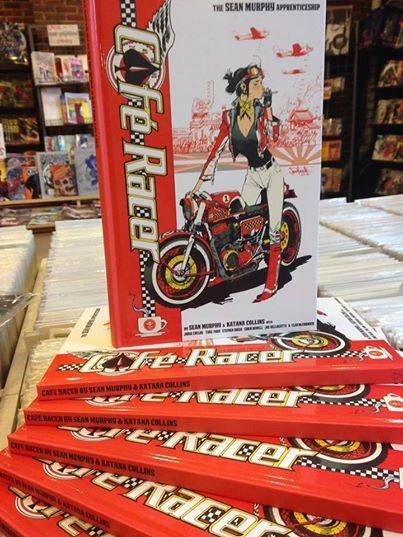 As a toddler, Orchid and her father barely escaped Japan during the Doolittle Raid of WWII. Years later, Orchid is still an outcast as she speeds her way into London’s Cafe Racer motorcycle society. Defying both racial and sexist stereotypes, the half-Japanese teenager is unbeatable in a race–much to the disappointment of her father, who forbids her from riding his mysterious motorcycle. After discovering friendship in the most unexpected places, she soon uncovers the truth of the bike, along with its connection to the disappearance of her mother in pre-war Japan.

Cafe Racer is a story told through seven vignettes, also including extra features such as pencils, concept art, and other behind the scenes artwork.