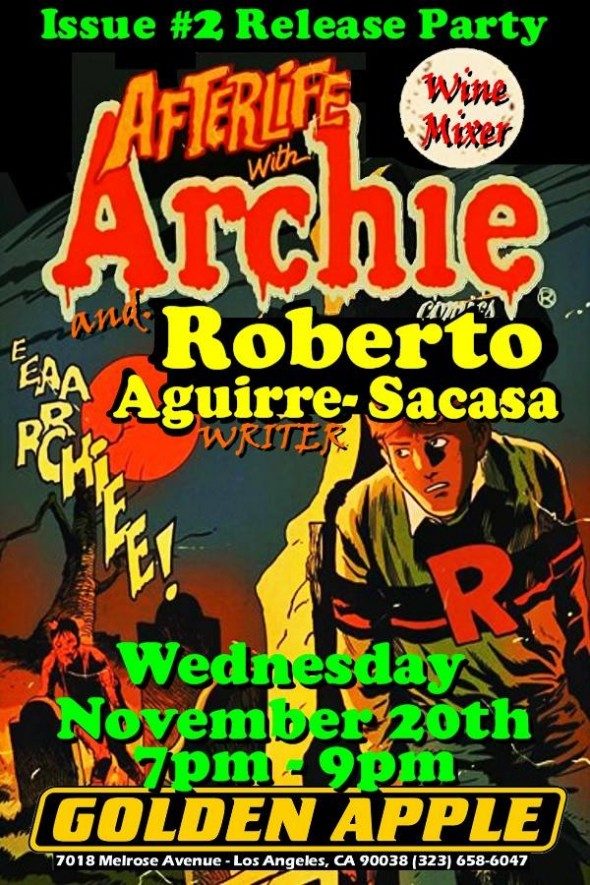 You are invited to a FREE PARTY at Golden Apple Comics to celebrate the release of Issue #2 of AFTERLIFE WITH ARCHIE…One of the biggest hits of the year. The first issue sold out nationwide and we have the WRITER: ROBERTO AGUIRRE-SACASA joining us on the day of release WEDNESDAY NOVEMBER 20TH from 7-9pm.

Roberto has worked on many other comics projects such as: Stephen King’s The Stand, Amazing Spider-Man & more. Also, he works on Broadway, TV & Film. Most recently he works on the hit TV show GLEE & wrote the CARRIE movie.