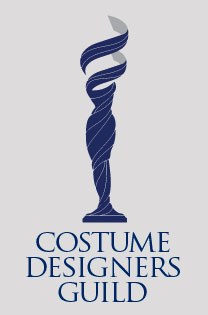 Los Angeles, CA (July 1, 2013)—For the eighth consecutive year, the Costume Designers Guild (IATSE Local 892), the labor union representing Costume Designers and other costume professionals in film and television, will be participating in San Diego’s International Comic-Con July 19-20 at the San Diego Convention Center. This year the CDG’s presence will be bigger than ever with a line-up of events and panels featuring top Costume Designers and Costume Illustrators.

Below is a list of scheduled events and panels:

Friday, July 19th from 7:00pm-9:00pm
INDUSTRY MIXER: Sponsored by ABC Studios Costume Department & Western Costume Company, the Costume Designers Guild Comic-Con Committee will be hosting an invitation-only mixer on July 19th at the historic Grand Horton Hotel for panelists, sponsors, entertainment industry professionals, volunteers and all CDG members. Follow us on Facebook and Twitter for a chance to win tickets to this exclusive event.

HALL COSTUME AWARDS: Once again, our Costume Designers and Costume Illustrators will be walking the halls of Comic-Con looking for interesting and unique home-made costumes. They will be awarding winners with exclusive gift bags and autographed souvenirs. Follow us on Twitter @local892 for specific information, including times and locations.
MASQUERADE BALL: Brought to you by our official Masquerade Ball sponsor Fox Studios Costume Department on Saturday July 20th from 8pm to midnight, top Costume Designers from the Costume Designers Guild IATSE Local 892 will judge and present prizes to their favorite entry for “Outstanding Costume”. Prizes include a custom designed CDG Favorite Entry trophy, a VIP behind the scenes tour on the set of the show Sons of Anarchy followed by lunch, a subscription to ‘Costume Designer’ magazine and a $200 gift certificate from International Silks & Woolens.