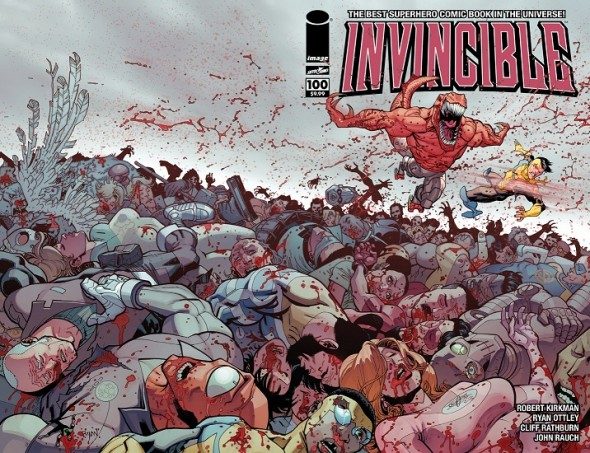 Writer Robert Kirkman and artist Ryan Ottley sign at Earth-2 Comics in Sherman Oaks on Saturday, February 2, 2013 from noon until 3:00 pm. They are appearing to both celebrate the 100th issue of their comic Invincible and commemorate Earth-2’s 10th anniversary. Kirkman is also the co-creator of the zombie comic The Walking Dead and executive producer of the AMC show.