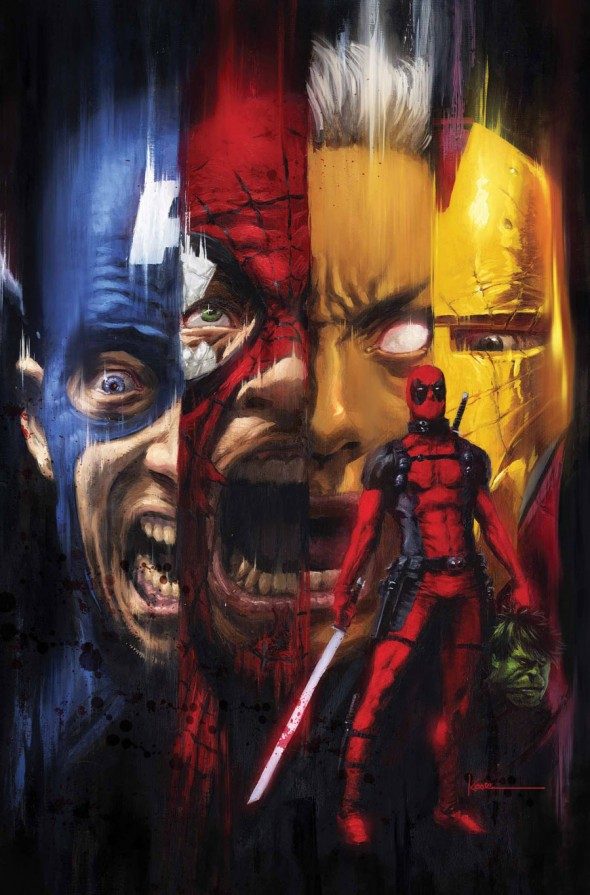 Join us on Saturday November 10th for a very special release party for the red-hot series DEADPOOL KILLS THE MARVEL UNIVERSE in graphic novel format!

This limited series form Marvel has been a huge hit, and we’ve been totally loving it; so we’re totally pumped to have writer CULLEN BUNN (SIXTH GUN, VENOM, WOLVERINE) here to kick off the release of the graphic novel!

Line up early, and be one of the first 25 in line, and you’ll receive a VERY special mystery DEADPOOL gift that we can’t announce yet. But trust us: it’s pretty darn cool.