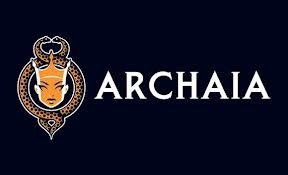 How to Prepare an Effective Submission
Friday, 10/12 5:15-6:15pm, Room 1A06
Want to pitch your idea as a graphic novel? Archaia editors and a pair of Archaia creators—Feeding Ground’s Swifty Lang and Pantalones, TX’s Yehudi Mercado—show what should go into an effective submission.

Transmedia in Graphic Novel Publishing
Saturday, 10/13 6:30-7:30pm, Room 1A06
In this information-filled panel, fans will be treated to exclusive announcements, images, and videos on three properties poised for a transmedia explosion—Cyborg 009, Hawken: Genesis, and Space: 1999: Aftershock and Awe—with Archaia’s upcoming graphic novels providing a cornerstone in each campaign.

How to Tell a Better Story Through World-Building
Sunday, 10/14 1:15-2:15pm, Room 1A08
Listen is as Archaia master storytellers David Petersen (Mouse Guard), Jeremy Bastian (Cursed Pirate Girl), and Sean Rubin (Redwall, the upcoming Bolivar) share how to create a better story through world-building, from characters and costumes, to settings and environment, to culture and history.

• Limited to 100 pieces each, exclusive tip-ins for upcoming Archaia graphic novel hardcovers Cursed Pirate Girl by Jeremy Bastian and Iron: Or, the War After by Shane-Michael Vidaurri. Bastian and Vidaurri will be on hand to autograph the tip-ins. Check the signing schedule for times.

• Over 100 autograph sessions are scheduled at the Archaia booth throughout the weekend, featuring over 40 creators. Check the Archaia booth, the Archaia website (www.archaia.com), or your favorite comics news website for the full schedule.

• Free, convention-exclusive autograph cards for upcoming Archaia titles will be available while supplies last, with their creators on hand to sign them. These titles include: Bolivar; Cyborg 009; The Joyners in 3D; Mumbai Confidential; Pantalones, TX; The Reason for Dragons; Space: 1999: Aftershock and Awe; Spera Vol. 2; and Strange Attractors.

• Archaia partner Meteor Entertainment will set up four gaming stations at the Archaia booth to demo their upcoming, free-to-play, online mech game, Hawken. The open beta launches 12/12/12, followed in March 2013 by an Archaia prequel graphic novel tied into the game. Hawken creator and designer Khang Le will be on hand to sign exclusive autograph cards. Check signing schedule for times.

• Archaia will give away copies of its highly sought-after Free Comic Book Day hardcover from earlier this year to kids for the length of the show, while supplies last.

• Mouse Guard Roleplaying Game Box Set designer Luke Crane will be on hand on Friday and Sunday to demo the game for curious players. Check the signing schedule for times.

• Each day of the con, Archaia CCO Mark Smylie will conduct a limited number of portfolio reviews at the booth. Slots are limited, so sign up at the booth for that day’s session while space lasts.

Archaia is a multi-award-winning graphic novel publisher with more than 75 renowned publishing brands, including such domestic and international hits as Mouse Guard, Return of the Dapper Men, Bolivar, Rust, Gunnerkrigg Court, Old City Blues, Awakening, The Killer, Tumor, Syndrome, Artesia, and an entire line of The Jim Henson Company graphic novels. Archaia has built an unparalleled reputation for producing meaningful content that perpetually transforms minds, building one of the industry’s most visually stunning and eclectic slates of graphic novels. Archaia was named Graphic Novel Publisher of the Year by Ain’t it Cool News, Comic Related, and Graphic Policy, which honored the publisher two years in a row. Archaia was honored with nine 2011 Eisner Awards nominations and two Awards for Best Graphic Album and Best Anthology. So far in 2012, Archaia has been further honored with six Harvey Award nominations, two Harvey Awards, six Eisner nominations and three Eisner Awards, and both Gold and Silver awards from ForeWord Reviews. In addition to publications, Archaia has successfully emerged as a prolific storyteller in all facets of the entertainment industry, extending their popular brands into film, television, gaming, and branded digital media. For more information, visit the Archaia website at www.archaia.com.