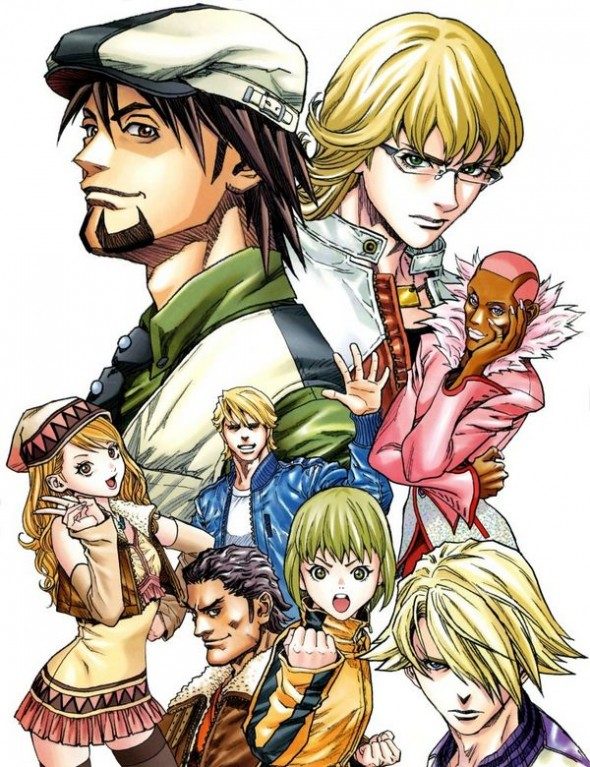 Artist Masakazu Katsura is in charge of character creation and hero designs for the anime series TIGER & BUNNY. Beyond his work as a character designer, Katsura is a well-recognized manga creator who won an honorable mention in the 19th Tezuka Awards for his debut manga Tsubasa in 1980. In 1983, he began serializingWingman in Weekly Shonen Jump. Wingman became a major hit and was also turned into an animated series. Afterwards, he created the hits Video Girl Ai, DNA², I’s, SHADOW LADY, M and others in Weekly Shonen Jump.He is presently serializing his science fiction action manga ZETMAN in Weekly Young Jump.

TIGER & BUNNY, produced by SUNRISE, Inc. in Japan and released by VIZ Media in the US, is set in Stern Bild, a metropolitan city where superheroes called NEXT help to maintain peace. Sporting sponsor logos on their suits, these heroes work to solve cases and save people’s lives in order to earn Hero Points, while also helping to improve the public image of their corporate sponsors. One such hero is Kotetsu T. Kaburagi, a veteran superhero named the “Wild Tiger” who relies on his years of experience and instincts to fight crime. Now, Kotetsu suddenly finds himself forced to team up with rookie hero Barnaby Brooks Jr., soon nicknamed “Bunny”.

“I am honored to welcome Mr. Katsura, Mr. Tamura and SUNRISE to New York Comic Con,” notes Lance Fensterman, Group Vice President for ReedPOP and Show Manager for NYCC. “SUNRISE has grown into our friend and partner, and we’re humbled by all they will be presenting at NYCC this year. TIGER & BUNNY is one of the biggest anime hits in America, and we know all of its fans will be tremendously excited to hear more about the series from Mr. Katsura and Mr. Tamura themselves.”

Tickets for New York Comic Con 2012 are currently available for purchase at NewYorkComicCon.com. Companies interested in exhibiting at New York Comic Con should contact Larry Settembrini atlarry@reedpop.com. Other information about the show, as well as news about ReedPOP, which organizes a range of pop culture events, is available at facebook.com/NewYorkComicCon and twitter.com/NY_Comic_Con. Officials note that more details about SUNRISE’s appearance as well as additional scheduling information will be announced over the coming weeks and fans should keep their eyes on NYCC’s website for additional announcements.

ABOUT REEDPOP: ReedPOP is a boutique group within Reed Exhibitions which is exclusively devoted to organizing events, launching and acquiring new shows, and partnering with premium brands in the pop culture arena. ReedPOP is dedicated to producing celebrations of popular culture throughout the world that transcend ordinary events by providing unique access and dynamic personal experiences for consumers and fans. The ReedPOP portfolio includes: New York Comic Con (NYCC), Chicago Comic & Entertainment Expo (C2E2), Penny Arcade Expo (PAX) East & Prime, Star Wars Celebration, Fantasy Football Fest and the UFC Fan Expo. The staff at ReedPOP is a fan based group of professionals producing shows for other fans, thus making them uniquely qualified to service those with whom they share a common passion. ReedPOP is focused on bringing its expertise and knowledge to world communities in North America, South America, Asia and Europe.