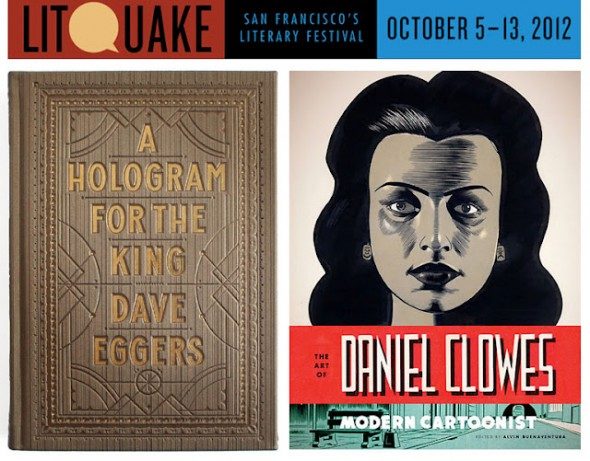 Litquake welcomes the creative minds of Daniel Clowes and Dave Eggers, who between them have earned the titles of publisher, editor, journalist, cartoonist, philanthropist, educator, illustrator, author, screenwriter, and graphic novelist, as well as former resident of Chicago, The Windy City. Tonight the two discuss the vagaries of the creative process, their favorite comics, books, and movies, anything else that might come up, and which Chicago hot dog is better: Vienna Beef or Red Hot Chicago.