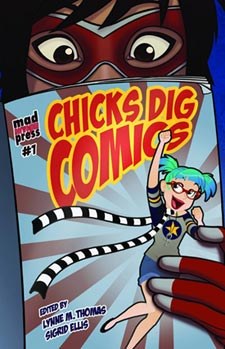 Bridge City Comics is proud to announce our Chicks Dig Comics Release Party on Friday, April 20, 2012 from 6pm – 9pm! This event is free to the public. In attendance to sign autographs will be local authors Jen Van Meter, Sara Ryan, Erica McGillivray and Rachel Edidin. Copies of the book will be available for sale ($14.95) during the event.