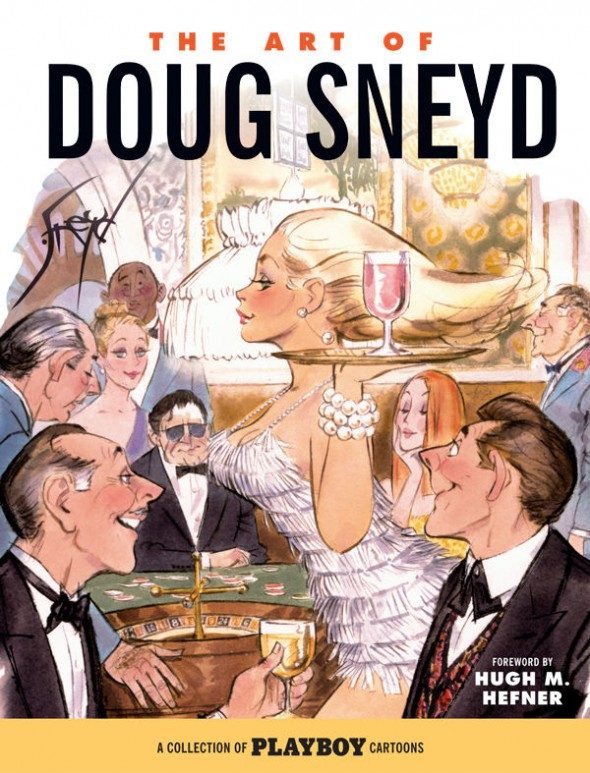 Doug Sneyd appears at the Toonseum on Thursday April 19th at 7pm!

As every man will tell you there is really only one reason they read Playboy Magazine- “The Cartoons!”

What better way to view those cartoons than with martini in hand at the ToonSeum.

Break out your smoking jacket and bunny ears! On Thursday April 19th at 7pm, the night before Pittsburgh Comic Con, The ToonSeum will present an evening with Playboy legend Doug Sneyd in a one night only show of masterpieces and rejected ideas!

Since 1964 Doug Sneyd has produced hundreds of cartoons for Playboy Magazine. Join us as we celebrate the remarkable career of this true cartooning master whose whimsical and just a bit naughty works have captivated and titillated audiences for four decades.

The evening will begin with an interview with Doug Sneyd and chance to view his beautiful paintings and sketches, followed by lounge music and martinis from the world’s greatest vodka Boyd and Blair!

Guests will have a chance to purchase one of a kind works from Doug and all attendees will recieve a special signed limited edition print valued at $50.

There will be prize drawings throughout the evening and one lucky lady will win a chance to be immortalized in a sketch by Doug.

All proceeds benefit the ToonSeum, Pittsburgh’s Museum of Comic and Cartoon Art.

Sponsored by the 941 Saloon and Boyd and Blair Vodka

Tickets are $50 per person (members are $40) and the event is strictly limited to no more than 75 guests.

A limited number of VIP Tickets will include signed copies of Doug’s book The Art of Doug Sneyd and a a Bottle of Boyd and Blair Vodka to take home and enjoy!

MUST BE 21 TO ATTEND