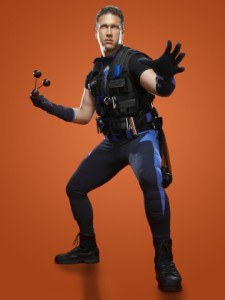 Kids can stop by the Wizard World Digital Booth and pick up a free Wizard World Kids Adventure Passport, to complete activities all over Austin Comic Con and get a prize at the end of their journey.  Parents can look for the “Kid-Friendly” button on activities, vendors, booths and sessions throughout the convention floor.

Tweens and teens ages 11-17 can learn how to “Draw a Comic Character” at a one-of-a kind workshop with graphic novel artists and writing team Andy & Veronica Fish.

Crippen, winner of Stan Lee?s “Who Wants to be a Superhero?” competition series on SyFy, will be hosting Kid?s Day and helping youngsters get in on all of the fun.

For more information, parents and kids can visit www.wizardworldkids.com.  The site will be updated closer to the event date as more information becomes available about specific workshops and programs.