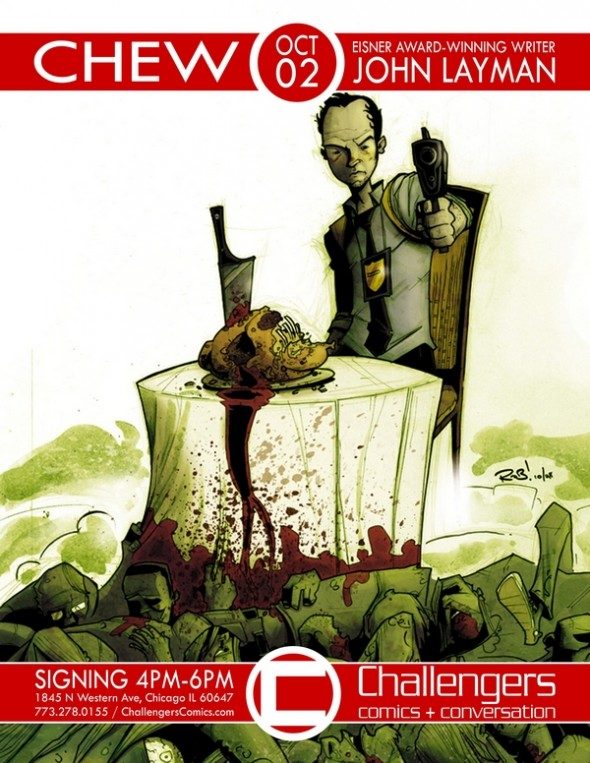 Best known as the creator/writer of CHEW, John has been in the comics industry for over a decade and has been associated with some of the greatest characters comics has to offer. And… Chew vol. 4: Flambe JUST CAME OUT! so come get it, and everything else you have, signed!

IL – Swimmy and the Valley of the Last Song Signing