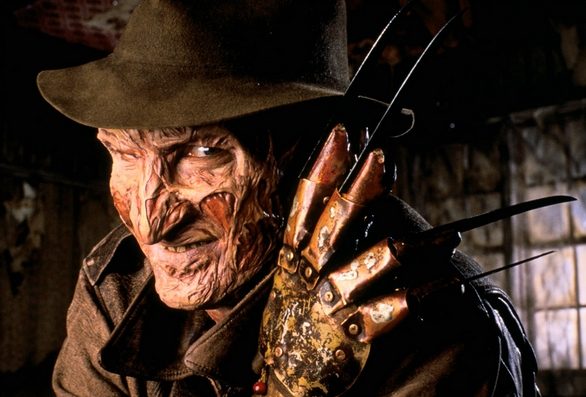 Toronto, ON (May 17, 2011) – Some of film and television’s most fear-provoking characters of all time are set to appear in the Rue Morgue Festival of Fear Horror Expo, August 25 – 28, 2011 as part of Fan Expo Canada™, the nation’s largest gaming, horror, comic, science fiction and anime event.

The RUE MORGUE FESTIVAL OF FEAR is the country’s largest horror expo, attracting an average of 70,000+ fans to the heart of downtown Toronto over four days in August. This powerhouse event is an extravaganza of celebrity guests, autograph signings, Q&A sessions, seminars and workshops, plus a colossal selection of horror movies and memorabilia including books, toys, video games, trading cards, posters and tons more. Horror fans of all ages will also have the opportunity to preview upcoming films in the Screaming Room, participate in the midnight horror masquerade on Saturday, August 27th and enjoy musical performances by horror punk bands.

Key Features And Highlights of the Festival Of Fear Horror Expo:

·       Intimate and Interactive celebrity presentations and autograph sessions allow fans the opportunity to meet their favourite personalities and learn from an insider’s perspective
·       Screaming Rooms – a great opportunity to preview upcoming films and projects
·       Special presentation at the Bloor Cinema – TBA.
·       Workshops and Seminars – daily free lectures by horror industry experts
·       Q&A Sessions – visitors can participate in an open forum with industry professionals
·       The Official Horror Expo Party on Saturday, Aug. 27th – dress up as a popular horror character and compete for a midnight costume contest!
·       600 commercial exhibitors and retailers will offer everything from graphic novels, trades, videos, DVDs, movie memorabilia, original artwork, posters and more!
·       Industry Preview Area – see the latest products and services and get a sneak peek at upcoming projects
·      Artist Alley – meet the up and coming talents in the horror world including feature writers, artists and publishers.

For a 17th consecutive year, visitors from across Ontario and around the world will have the opportunity to experience the very best of pop culture first-hand at the upcoming 2011 Fan Expo Canada™. In addition to The Festival of Fear Horror Expo, the country’s largest combined event will include Anime, Science Fiction Expo, Comic Book Expo and Gaming Expo.

One Drops and One Returns for Spooky Empire

MONSTER-MANIA AUTHENTICS PRIVATE SIGNINGS ARE BACK!