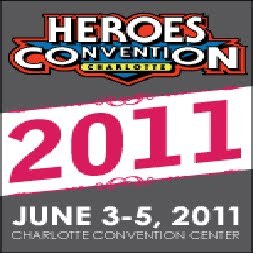 Here it is the week before HeroesCon 2011 and we still have lots of guests to announce! Let’s not waste any more time and get right to it!

John Workman: legendary letterer of titles for just about every major publisher, including DC, Marvel, and Dark Horse.

Clay and Susan Griffith: co-writers of Allan Quatermain and the Lord of Locusts, Political Power.

Bob Schreck and Greg Tumbarello: Schreck is the editor-in-chief of Legendary Pictures new line of comics aptly titled Legendary Comics. Tumbarello is the assistant editor for this new comic venture.  Both will be on hand to talk about their new company as well as offering portfolio reviews.

HeroesCon takes place on June 3 – 5, 2011 at the Charlotte Convention Center (501 S. College St, Charlotte, NC 28202). For the full guest list and more details about the convention, please check out their website at the link!