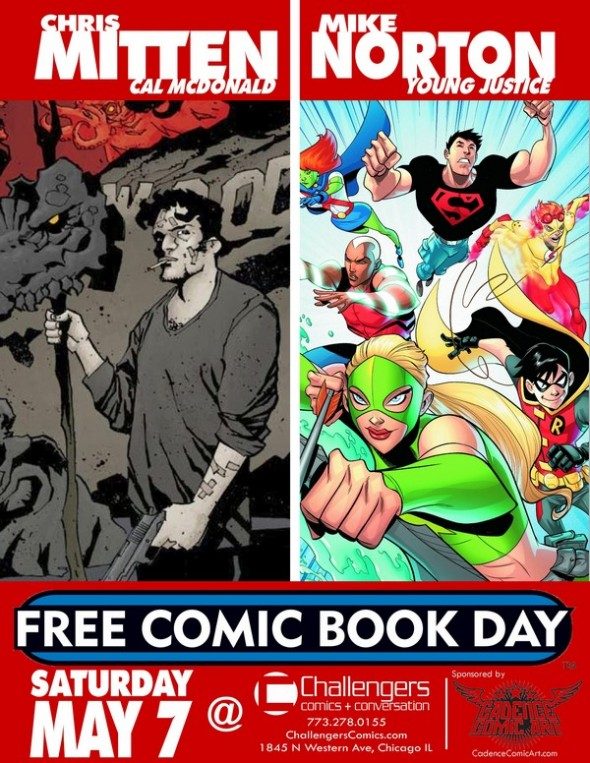 Mike Norton – Artist on Runaways, Gravity and the comic book adaptation of the Young Justice animated series will be on hand.  Mike’s work is also featured in the FCBD 2011 Young Justice and Batman: The Brave and the Bold Super Sampler comic that will be available on FCBD. (Supplies limited).

Christopher Mitten – Christopher is known for his work on Oni Press’ Wasteland. Christopher will be on hand for signing and conversation for fans. Christopher’s work is also featured in the FCBD 2011 Baltimore and Criminal Macabre comic that will be available for FREE on FCBD. (Supplies limited).