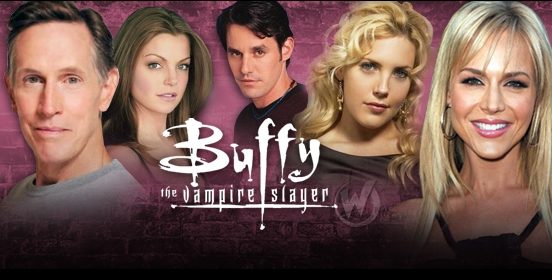 Miami Comic Con programming will take place in Room A and Room B at the Miami Airport Convention Center, and is included with admission to the event. Seating for panels is strictly limited and available on a first come first serve basis and each room will be cleared between panels. The full schedule is below:

11:30AM-12:00PM
Exposed: Secrets Of Professional Wrestling
Wrestlers Kevin Nash, Candice Michelle and Angela Fong give fans the low down on what’s real and what’s not in the world of professional wrestling. (Room B)

12:00-12:30PM
Julie Benz Q&A
As a star of hit shows like “Buffy the Vampire Slayer,” “Dexter” and “No Ordinary Family,” Benz talks to fans about her extensive career, ups and downs in the industry and her thoughts on the new generation of sci-fi and fantasy on television. (Room A)

Filipe Andrade Unleashed
Andrade dishes on his new X-Men project: X-Men Unleashed, and offers tips about sustaining a career in comics whether you live in Manhattan or Siberia. (Room B)

2:00-2:15PM
Groups Of The Con Parade
Join troopers, knights, Ghostbusters and more, as they parade around the convention floor.

2:00-2:45PM
Buffyfest With Nicholas Brendon
Buffy’s “Xander Harris” sits down to take fan questions about life during and after the pop culture phenomenon. (Room A)

3:00-3:30PM
Are You Smarter Than A Ghostbuster? With Ernie Hudson
Think you know GHOSTBUSTERS? Go head-to-head with Mr. “Winston Zeddemore” himself, as the Orlando Ghostbusters test your movie knowledge of the 1984 classic. (Room A)

4:00-4:45PM
Batman And Robin W/ Adam West And Burt Ward
The original ’60s Dynamic Duo reteams for this one-of-a-kind Q&A, where Batman and Robin drop their masks and talk about their lady co-stars, the villains they faced and the wild nights after the show!
(Room A)

Between The Lines W/ Alé Garza
Fan-favorite artist Alé Garza takes fans on an artistic tour of his style and storytelling. (Room B)

6:00-6:30PM
Kid’s Costume Contest
Bring any kids 10 and under for this special event with great prizes just for families and the youngsters. (Room B)

6:30-8:30PM
Costume Contest
Get your best costume together and come on down to Wizard’s Miami Comic Con costume contest for huge prizes and some of the craziest outfits you’ll see this weekend. (Room B)

9:00-9:45PM
The 3000 Brigade Presents: The Almost Got Em’ – Villains Unite Show!
This show is a parody of all aspects of convention, video game, comic, and anime fandom life. This time the 3000 Brigade will battle formidable foes, have sexy girls dances that interrupt everything, and of course ROCK YOUR SOCKS OFF in their sixth Spectacular Show! So be prepared to have your eyes and ears assaulted by the finest bunch of Cosplay/Comic Entertainers this side of the Mississippi. WARNING: This show can be crude, rude, explicit, and just plain wrong, so if you are easily offended please find something else to do at this fantastically awesome convention! (Room A)

10:00-11:00PM
Bagged And Boarded Smodcast W/ Matt Cohen And Branden Creecy
Join Matt Cohen, his friend Brendan Creecy and a special celebrity guest host, as they ponder and pontificate the finer points of existence…and generally offend a whole bunch of people. WARNING: Leave the kiddies at home; this program contains explicit content and is for adult audiences only! (Room A)

11:00-11:45AM
Wizard Spotlight: Denise Crosby
Starring as “Tasha Yar” on “Star Trek: The Next Generation”, Crosby dishes on her early exit from the series, her memories of the first episodes and how “Next Generation” continues to endure.

Who Wants To Be On A Reality Show?! Hosted By Jarrett “The Defuser” Crippen
Have you ever wanted to be on a reality show? Are you curious as to what the producers are looking for? Come get inside tips about reality shows and what it takes to win from the winner of Stan Lee’s “Who Wants to be a Superhero?” Season II. The Defuser (Jarrett Crippen) will talk about and answer questions regarding the audition process, competition, living conditions and other topics related to his show and reality shows in general. (Room B)

12:00-12:45PM
Buffyfest With Clare Kramer And Mercedes Mcnab
McNab and Kramer talk about their days as “Harmony” and “Glory” in “Buffy the Vampire Slayer.” (Room A)

Phil Jimenez: Breaking Into Comics
The School of Visual Arts instructor and long-time comic pro covers the dos and don’ts on pitching yourself to comic companies and editors. (Room B)

1:00-1:45PM
Ray Park Q&A
The “X-Men” and “Star Wars: Episode I—The Phantom Menace” star engages fans in this one-of-a-kind Q&A, where he discusses his extensive film biography and his evolution to genre icon. (Room A)

Storytelling With Michael Golden
No matter if you’re a writer, artist or a reader of comics, come for this sit-down with one of the most renowned storytellers in the business, Michael Golden, as he tells you a few tricks of the trade that will help you no matter what type of story you tell or enjoy, in whatever medium. It’s a rare opportunity to talk with the co-creator of X-Men Rogue, and groundbreaking penciler on such projects as Bucky O’Hare, The ’Nam, Micronauts, G.I. Joe, and much more. (Room B)

2:00-2:45PM
Between The Lines With Mike Grell
The legendary comics icon behind classic Legion of Super-Heroes Tales and Warlord talks about his tips of the trade and shares his secrets from making it in comics. (Room A)

Miami Comic Con is the second stop on Wizard’s 2011 North American tour, which to date has 13 events scheduled. Hours are Saturday, February 26, 10 a.m. – 7 p.m., and Sunday, February 27, 10 a.m. – 5 p.m.. Tickets are available in advance online at www.wizardworld.com/miami.html at up to a 20% savings over tickets purchased at the door. Advance adult single-day tickets are $25 ($30 on site); two-day weekend tickets are $40 ($45 on site), and tickets are free for children age 10 and under when accompanied by a paid adult (limit two children per adult). VIP packages with special entry and exclusive items are also available.