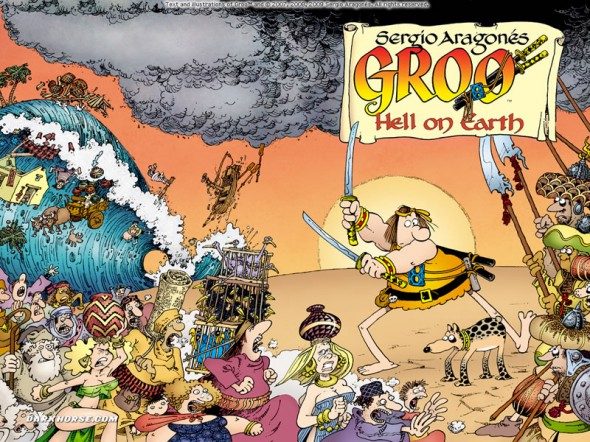 Columbus, OH – May 13, 2010 – Mid-Ohio-Con is delighted to announce that Sergio AragonÃ©s will join us as a special guest for Mid-Ohio-Con 2010. Sergio is said to be the fastest cartoonist in the world today and he is certainly the most honored, having won every major award in the field, including the National Cartoonists Society’s Reuben Award and the Will Eisner Hall of Fame Award. Sergio is perhaps best known as one of Mad Magazine’s longest-running cartoonists, having debuted with A Mad Look at the U.S. Space Effort in Mad #76 in January of 1963. His work has since appeared in every issue of Mad except for one and he has also produced 16 best-selling original Mad paperback books.

Sergio is equally renowned as the co-creator of the fan-favorite character, Groo The Wanderer. After his launch in the early 1980s, Groo went on to become one of the most popular and longest-running creator-owned comic book properties, in fact outlasting many of the companies that published it. Sergio helped revive the DC Western hero Bat Lash in a new miniseries and co-wrote Will Eisner’s The Spirit with frequent collaborator Mark Evanier. Most recently, he ventured into the popular world of The Simpsons, becoming a regular featured writer and artist in Bart Simpson Comics.