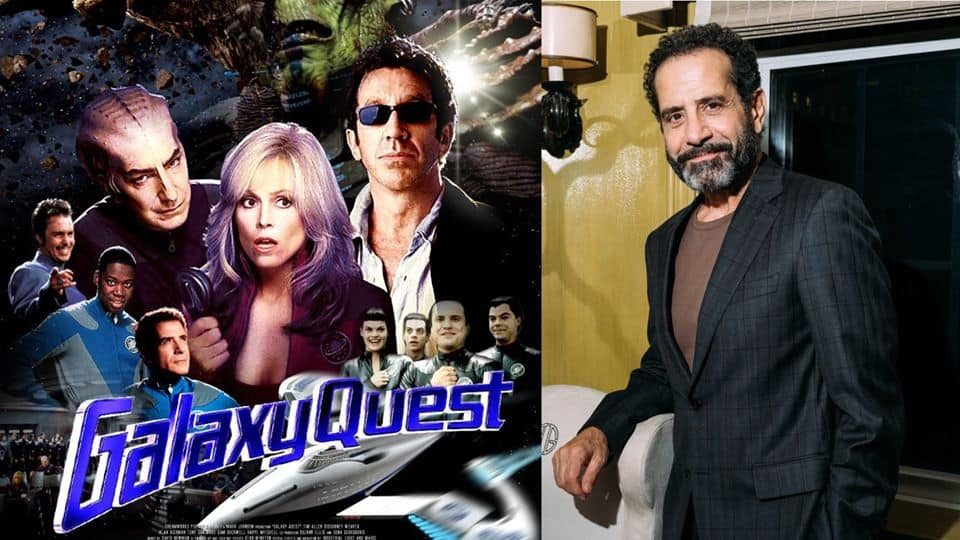 SF Sketchfest is honored to pay tribute to beloved actor Tony Shalhoub, who will sit down with his Marvelous Mrs. Maisel co-star Kevin Pollak on Saturday, January 11, 2020 at 1 PM for a spirited conversation and Q&A, followed by a 20th Anniversary screening of the sci-fi comedy Galaxy Quest, in which Shalhoub starred as the hilariously mellow science officer Fred.

A four-time Emmy award winner for his work as the titular character on “Monk” and as Abe Weissman in the Amazon Prime sensation “The Marvelous Mrs. Maisel,” Tony has been delighting audiences for decades in film, television and on Broadway Stages. He broke out on the small screen in 1991 after joining the cast of “Wings” as Italian cab driver Antonio Scarpacci. Notable film and TV appearances include “Barton Fink,” “A Civil Action,” “Searching For Bobby Fischer,” “The Imposters,” “Spy Kids,” “Quick Change,” “The Man Who Wasn’t There,” “Men in Black,” “The Siege,” “The Man Who Wasn’t There,” “Stark Raving Mad,” and the hit indie comedy “Big Night,” for which he won a National Society of Film Critics Award for Best Supporting Actor. He voices Luigi in the Disney/Pixar “Cars” film series, and Master Splinter in the two “Teenage Mutant Ninja Turtles” reboots.

No stranger to the stage, Shalhoub won a Tony for his portrayal of Tewfiq Zakaria in the Best Musical winner “The Band’s Visit.” He received Tony nominations for his work in “Conversations With My Father,” “Golden Boy” and “Act One.” Shalhoub met his wife, actress Brooke Adams, when they co-starred in “The Heidi Chronicles,” and appeared together in the 2010 revival of “Lend Me A Tenor.” Shalhoub was nominated for a Grammy in 2008 for his work as the narrator in “A Cricket in Times Square.

Co-presented by the California Film Institute