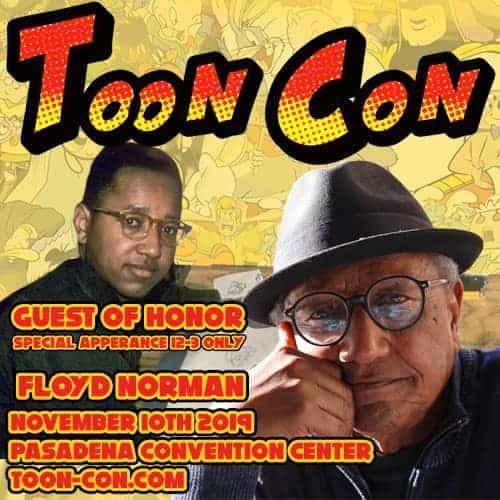 Toon-Con, the brand-new cartoon and animation centered convention, is coming to the Pasadena Convention Center. While other animation conferences and expos exist, Toon-Con is the first of its kind that truly belongs to everyone—fans and industry alike. This one-day event will take place Sunday, November 10th 2019 and will celebrate the artists, creators, and voice actors that make our favorite cartoons and animated films come to life.

Toon-Con will boast two panel rooms with a full programming schedule. Back to back Q&amp;A sessions and high-energy industry panels will take place so that fans of American animation and cartoons can hear hilarious stories about cartoon creation from the people who bring them to life. In addition to the full programming schedule, Toon-Con will have games, activities, and a cosplay contest.

The guest list at Toon-Con is full and spectacular, with tons of amazing talent announced and more on the way weekly. Guests include:

To keep up to date with all things Toon-Con, you can follow us on the official website: toon-con.com 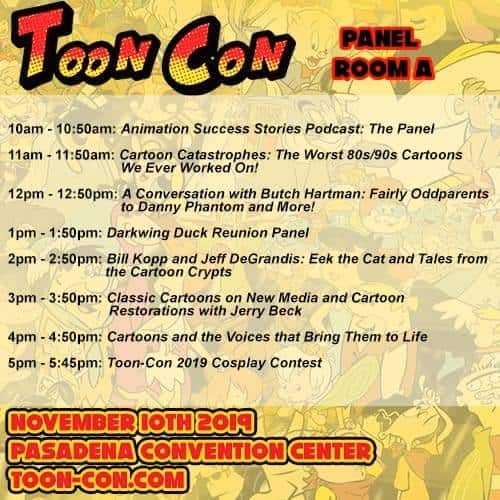 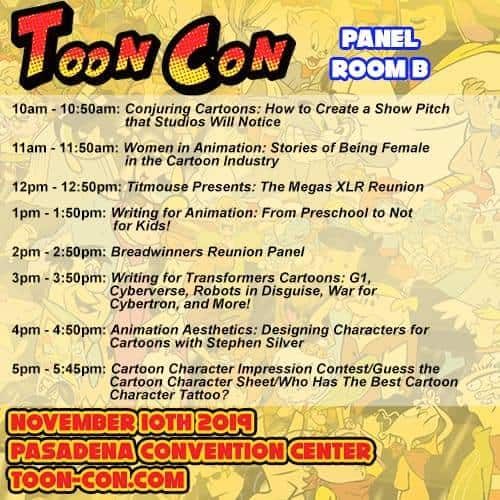