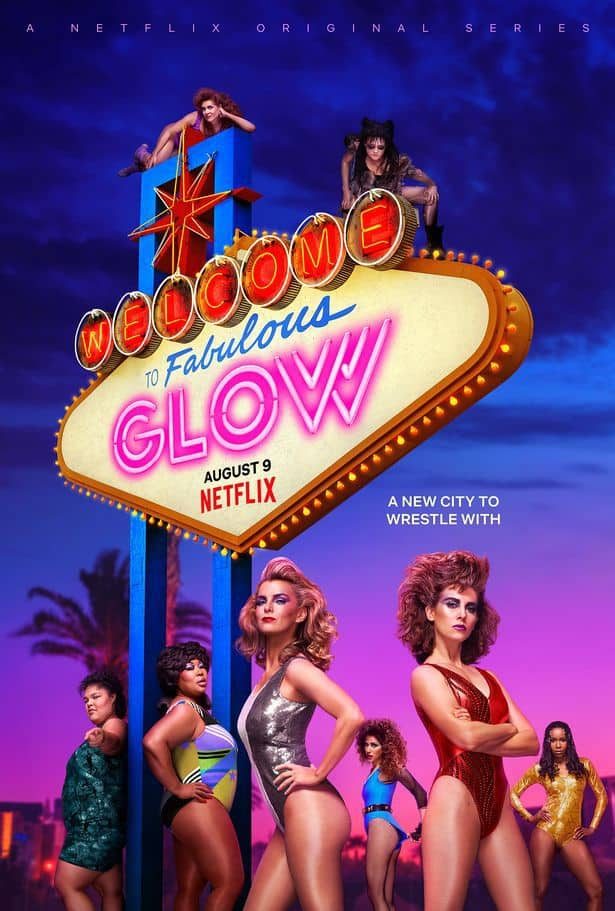 Season 3 of “GLOW” follows the ladies as they take the Vegas strip by storm. Now headliners at the Fan-Tan Hotel and Casino, the women quickly realize Sin City is much more grind than glitter. As their residency wears on, the lines blur between performance and reality, and the cast find themselves struggling with their own identities both in and outside of the ring.