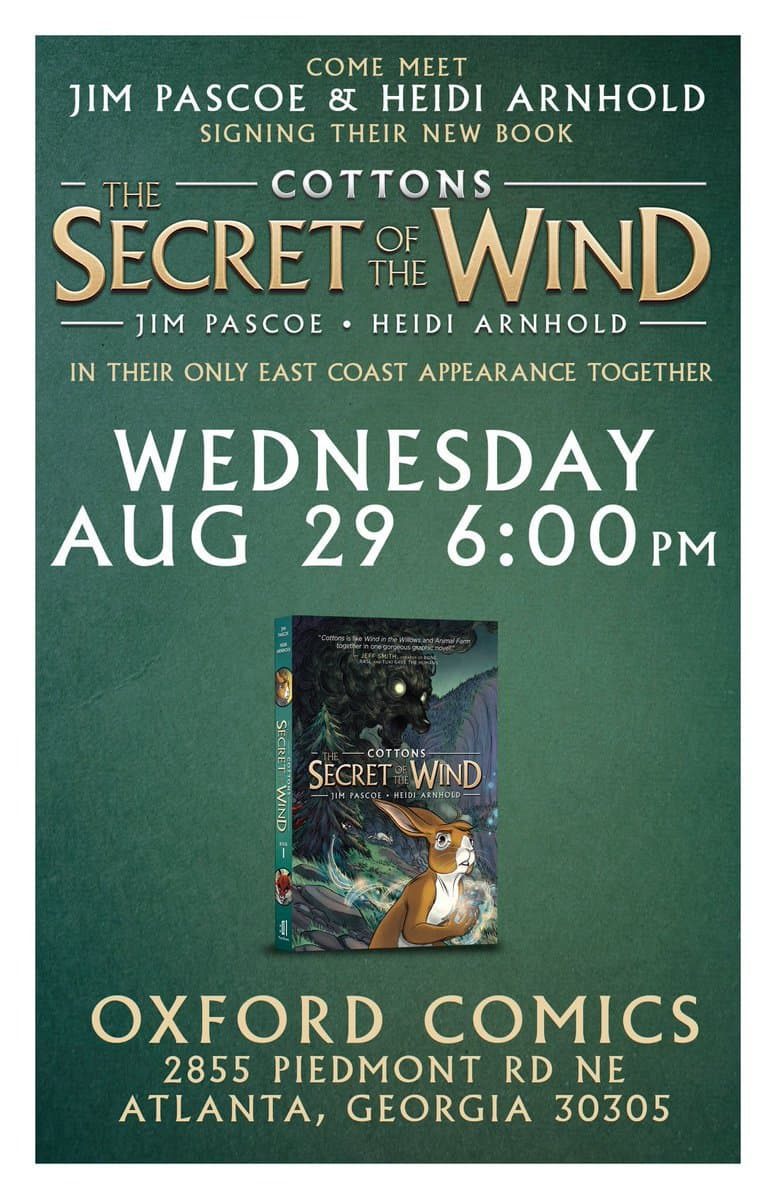 Jim Pascoe and Heidi Arnhold appear at Oxford Comics on Wednesday, August 29, 2018 at 6:00 PM for their only East coast signing of their new graphic novel COTTONS: THE SECRET OF THE WIND.

Jim Pascoe is a writer, designer, and an award-winning creative director. His comics credits include Buffy the Vampire Slayer, Hellboy Animated, and the original series Undertown. He lives in Los Angeles, where he drinks coffee, sleeps very little, and believes in magic.

Heidi Arnhold is a graduate of the Savannah College of Art and Design whose published works have involved popular franchises like Star Trek, The Dark Crystal, and Fraggle Rock. The art in Cottons is powered by Heidi’s love for visual storytelling, all rabbits, and kale smoothies.